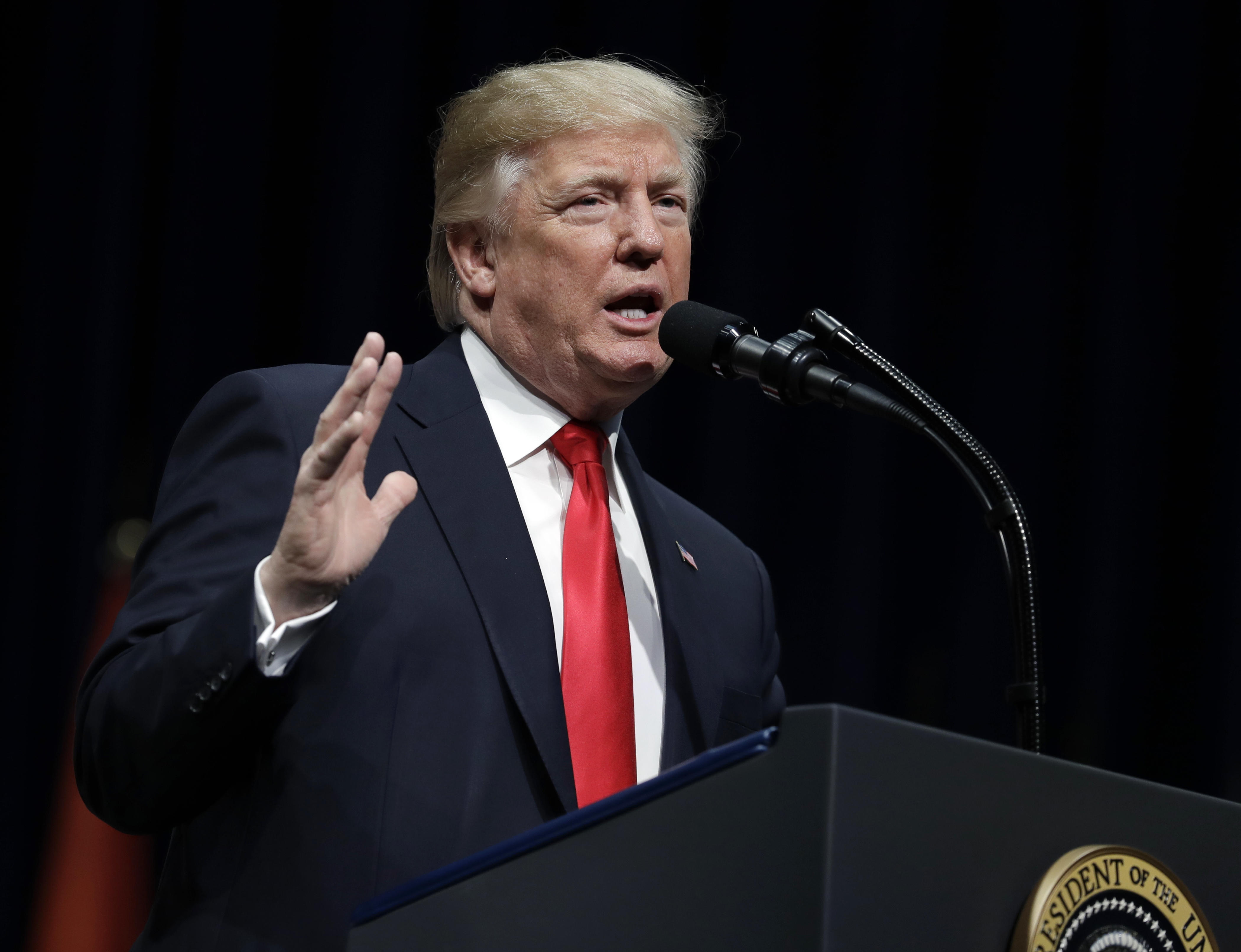 President Trump on Friday said that law enforcement in the U.S. deserve a greater level of respect and gratitude than they currently receive. Speaking at the FBI National Academy graduation ceremony, he also said that criminals who kill police should receive the death penalty.

Mr. Trump called on the audience to deliver a message back to their precincts: "The president of the United States has your back, 100 percent."

The president said that America's police has a "true friend" in the White House with him as president, and that he will be "more loyal than anyone else can be."

During his speech, he began speaking about the nation's crime rate and said, "What the hell is going on in Chicago? What the hell is happening there?" He said that police departments nationwide are "overstretched" and "totally under-appreciated -- except by me."

"This anti-police sentiment is wrong and it's dangerous and we will not stand for it," he said. "We believe criminals who kill police officers should get the death penalty."

The president said that he instructed the Department of Justice to protect law enforcement from acts of violence against them and has offered $98 million in grants to hire "desperately needed new officers." Mr. Trump said that as he had promised, he has allowed local police to access surplus military equipment, which he said is "something the previous administration, for some reason, refused to do."

The president began speaking about recent terrorist attacks in the U.S. and said that one person came through the chain migration system and another came through with a visa through a lottery system.

"You think countries are giving us the best people? No," he said. "They give us the worst people. They put them in a bin, but in his hand, as they're picking them, they're really the worst of the worst. What a system. Lottery system."

"We're calling for Congress to end chain migration...and replace it with a merit-based system of immigration," he added.

"We'll get rid of them completely very soon," Mr. Trump said. "To any member of MS-13 listening, we will find you, we will arrest you, we will jail you, we will throw you the hell out of the country," he said. "Who the hell wants to take care of them?...You know the jail stuff is wonderful but we have to pay for it."