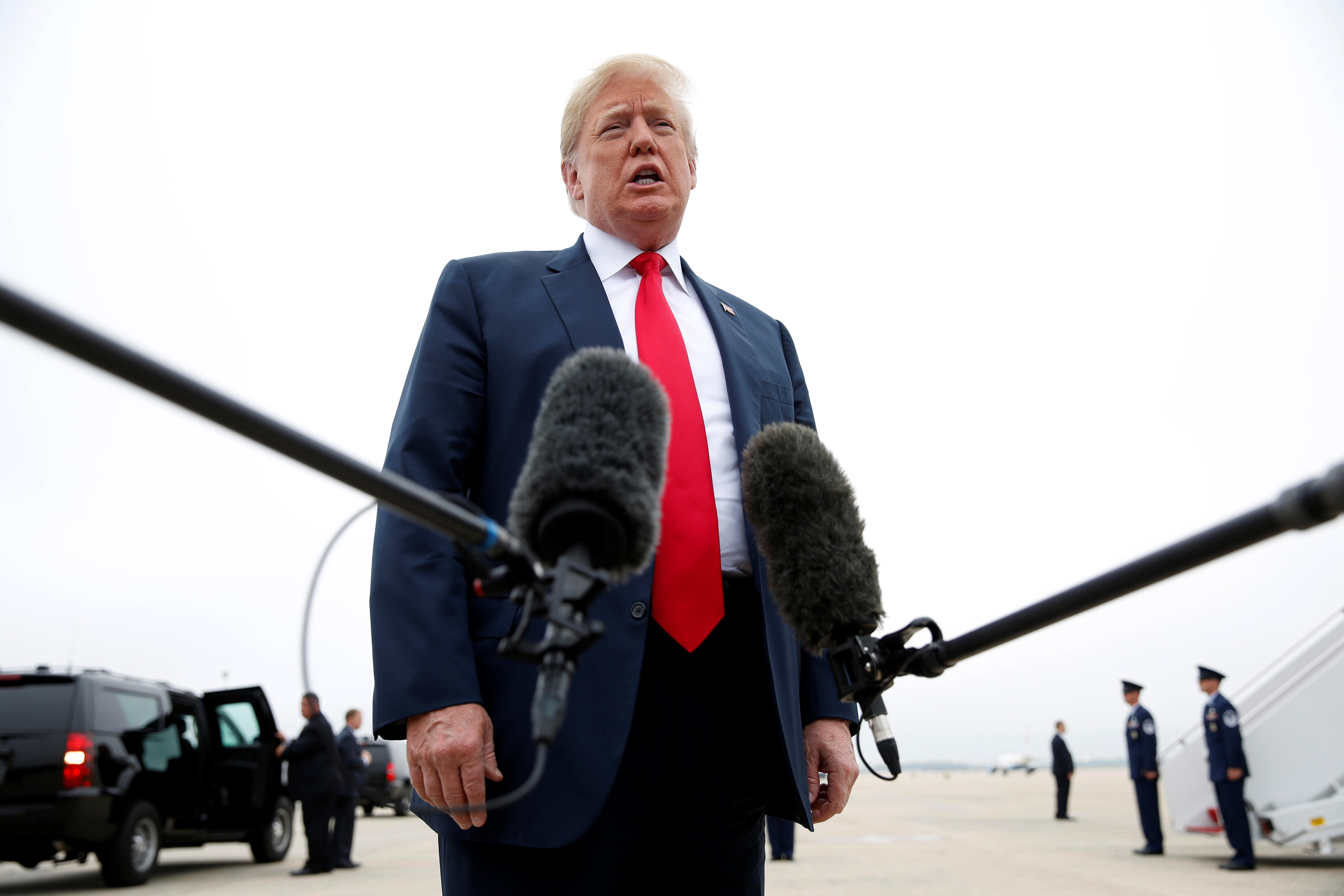 President Trump says the North Koreans want to deliver a letter from leader Kim Jong Un and will "probably" do so on Friday. He told reporters at Joint Base Andrews on Thursday that a delegation might be coming to Washington and he looks forward to "seeing what's in the letter."

"We're doing very well with North Korea our secretary of state has had very good meetings he's meeting again today. I believe they'll be coming down to Washington on Friday and a letter is going to be delivered to me from Kim Jong Un. So I look forward to seeing what's in the letter but it' very important to them," said Mr. Trump.

Mr. Trump was optimistic about the prospects for a summit with Kim but not certain about the June 12th date, calling it "a process." He tweeted shortly after boarding Air Force One about "very good meetings with North Korea."

"I want it to be meaningful. Doesn't mean it gets all done at one meeting, maybe you have to have a second or third and maybe we'll have none but it's in good hands, that I can tell you," he told reporters.

According to Reuters, aboard Air Force One Mr. Trump hinted that it could take more than one meeting to seal a final deal on complete denuclearization with the North Koreans. He told Reuters that he wants to see the regime dismantle its nucelar program "as quickly as possible" under any agreement reached. Mr. Trump said a deal would have to cover its missile program.  "It means missiles," he said.

Mr. Trump is on his way to Houston, where he is expected to meet with family members of the Santa Fe High School community in the wake of the deadly school shooting two weeks ago. Ten people were killed and 10 wounded in the attack.

Then, he'll travel to Dallas, where he is slated to participate in roundtable events with supporters, as well as to deliver remarks to the National Republican Senate Committee.