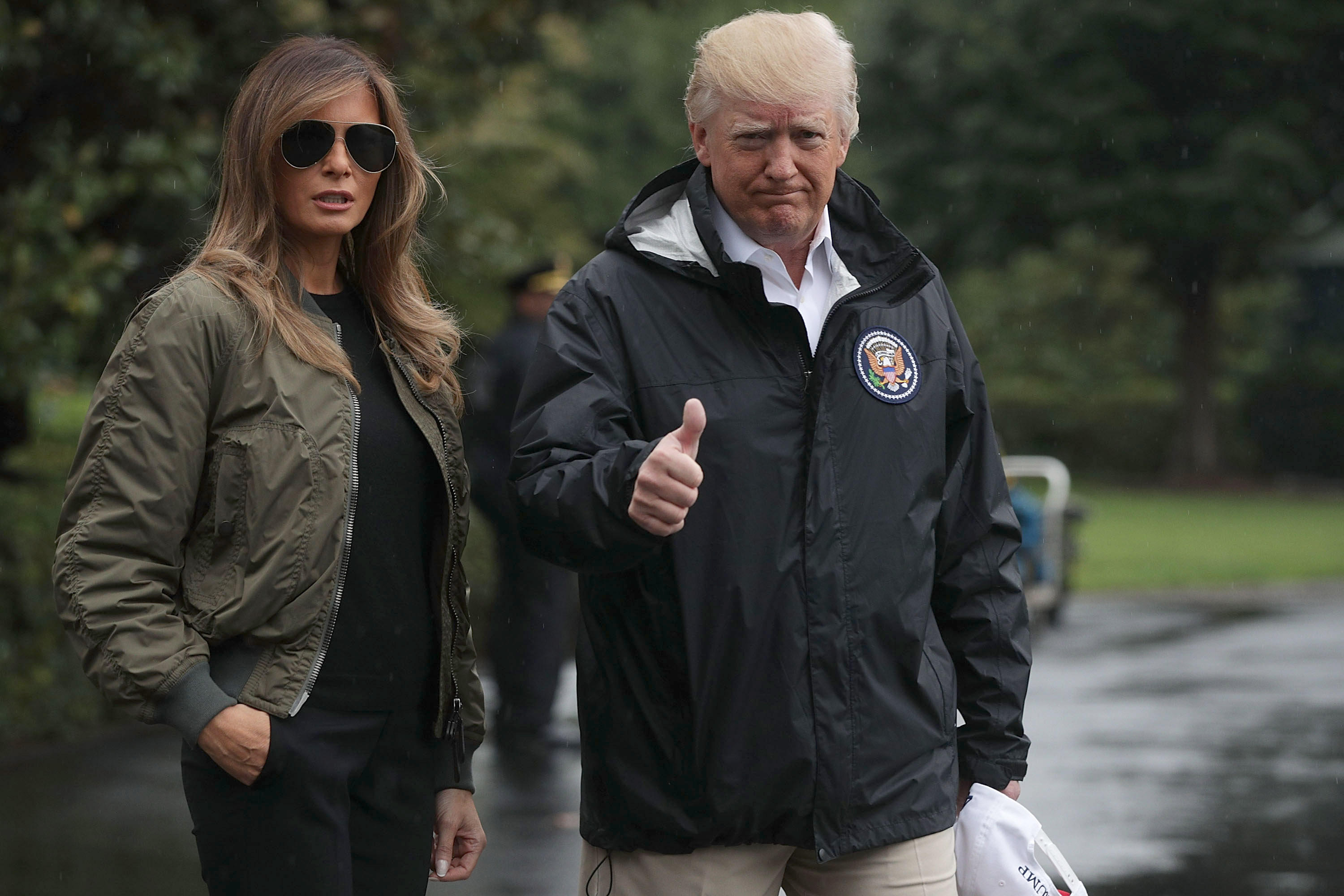 "The President and First Lady witnessed the work of some of these groups first hand while visiting with hurricane survivors, first responders, volunteers, and Federal, State, and local officials, and are proud to further assist the recovery efforts in Texas," reads a statement released by the White House.

The first family will commit their funds to:

In a White House press briefing last Thursday, White House Press Secretary Sarah Huckabee Sanders made the initial announcement that the president would donate $1 million to those affected by Harvey.

"I had a chance to speak directly with the president earlier, and I'm happy to tell you that he would like to join in the efforts that a lot of the people that we've seen across this country do, and he's pledging a million dollars of personal money to the fund," Sanders said.

The storm's devastating effects have displaced nearly a quarter of Texas's population and caused estimates of up to $30 billion in damages.

Mr. Trump, along with members of his cabinet, visited different areas of Texas affected by the unprecedented storm last week on both Tuesday and Saturday. On both trips, he promised to work with Congress to ensure federal assistance to Harvey relief and recovery efforts.

"The President and First Lady continue to pray for the people of Texas and Louisiana," the White House statement concludes.