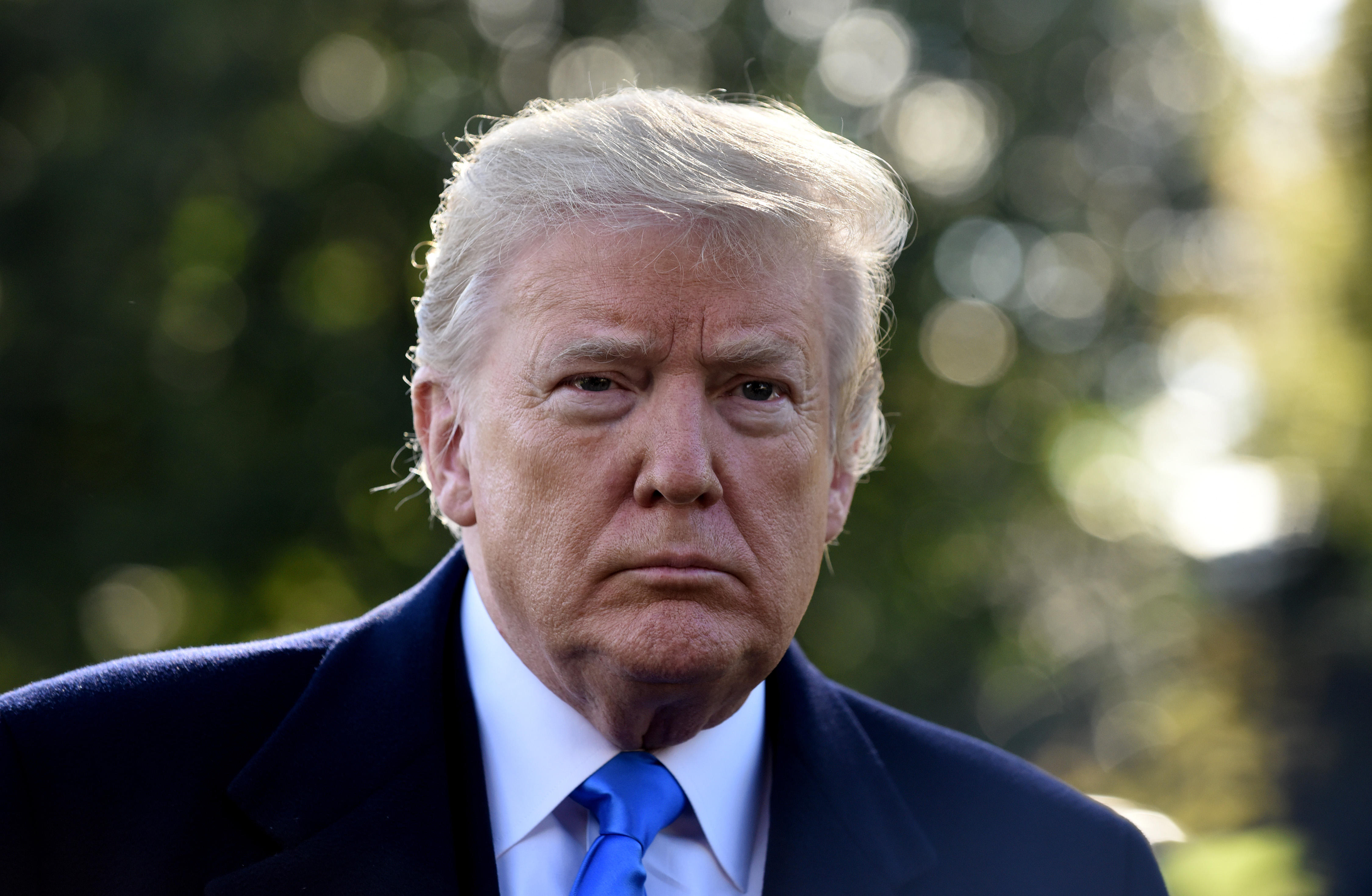 President Donald Trump is backing off his claim that climate change is a hoax but says he doesn't know if it's manmade and suggests that the climate will "change back again." In an interview with CBS' "60 Minutes" that aired Sunday night, Mr. Trump said he doesn't want to put the U.S. at a disadvantage in responding to climate change.

Mr. Trump called climate change a hoax in November 2012 when he sent a tweet stating, "The concept of global warming was created by and for the Chinese in order to make U.S. manufacturing non-competitive." He later said he was joking about the Chinese connection, but in years since has continued to call global warming a hoax. He also claimed that climate change was just a  "very expensive form of tax" that environmental industries have profited from.

"I'm not denying climate change," he said in the interview. "But it could very well go back. You know, we're talking about over a ... millions of years."

As far as the climate "changing back," temperature records kept by NASA and the National Oceanic and Atmospheric Administration show that the world hasn't had a cooler-than-average year since 1976 or a cooler-than-normal month since the end of 1985.

Senior members of the president's administration have been pressed on their positions in light of the president's past comments. Interior Secretary Ryan Zinke has repeatedly rejected the president past claim that climate change was a hoax, saying it is indisputable that environmental changes are affecting the world's temperature and human activity is a major reason.

"The climate is changing; man is an influence," the interior chief told members of Congress during his confirmation hearing. "I think where there's debate is what that influence is and what can we do about it."

Mr. Trump, who is scheduled on Monday to visit areas of Georgia and Florida damaged by Hurricane Michael, also expressed doubt over scientists' findings linking the changing climate to more powerful hurricanes.

"They say that we had hurricanes that were far worse than what we just had with Michael," said Trump, who identified "they" as "people" after being pressed by "60 Minutes" correspondent Leslie Stahl. She asked, "What about the scientists who say it's worse than ever?" the president replied, "You'd have to show me the scientists because they have a very big political agenda."

Citing concerns about the pact's economic impact, Mr. Trump said in 2017 that the U.S. will leave the Paris climate accord. The agreement set voluntary greenhouse gas emission targets in an effort to lessen the impact of fossil fuels.

On a different topic, Trump told "60 Minutes" that he's been surprised by Washington being a tough, deceptive and divisive place, though some accuse the real estate mogul elected president of those same tactics.

"So I always used to say the toughest people are Manhattan real estate guys and blah, blah," he said. "Now I say they're babies."

He said the political people in Washington have changed his thinking.

"This is the most deceptive, vicious world. It is vicious, it's full of lies, deceit and deception," he said. "You make a deal with somebody and it's like making a deal with — that table."