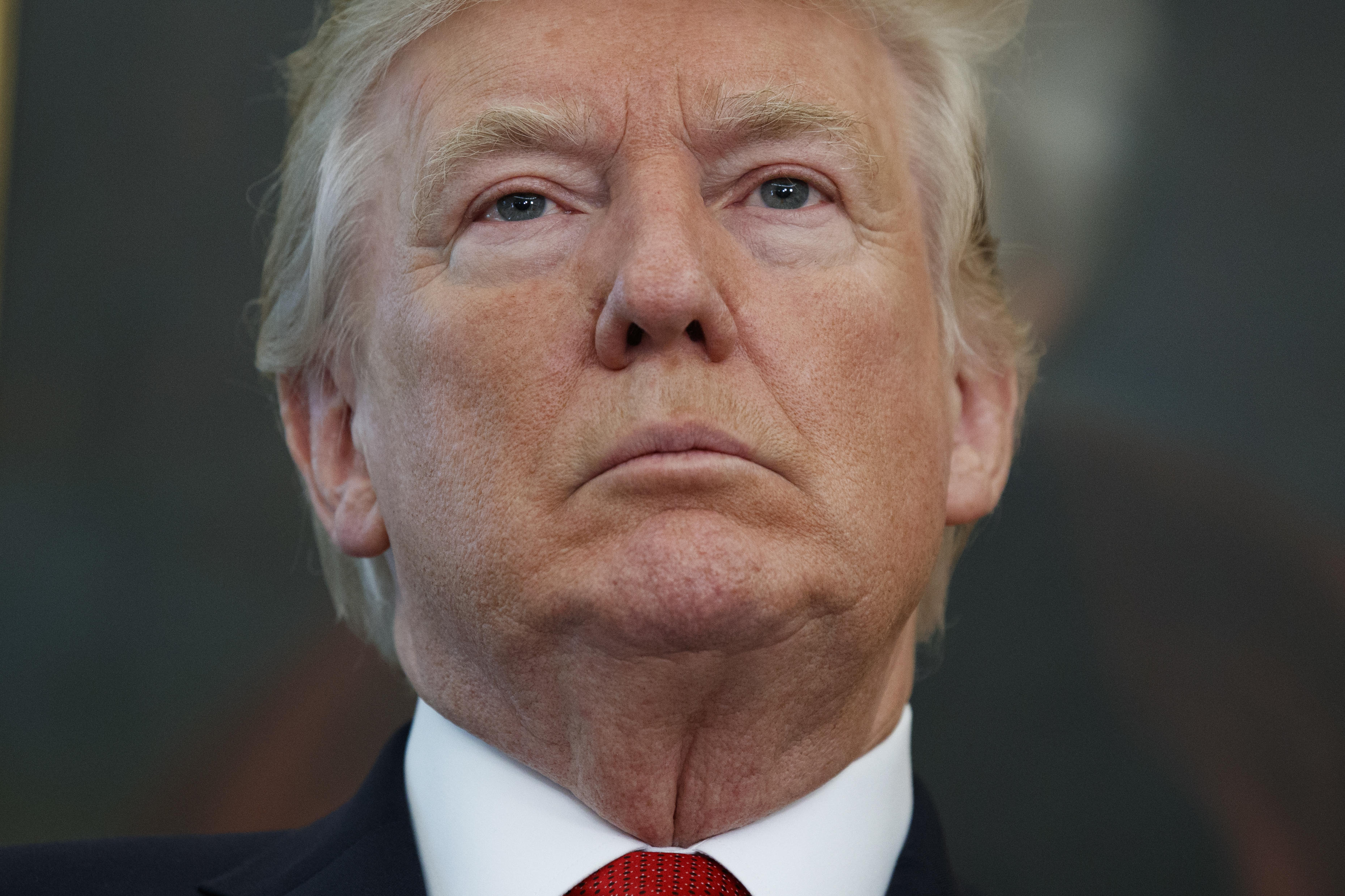 President Trump welcomed minority business leaders to the White House Tuesday morning for an awards ceremony, praising their accomplishments as entrepreneurs while also taking a moment to re-emphasize his administration's tax reform goals.

The president emphasized the importance of "reciprocal trade" to the development of business generally.

"We're way ahead of schedule" in renegotiating U.S. free trade deals, Mr. Trump declared, mentioning NAFTA in particular. "If [renegotiation] doesn't turn out, we'll have to do a new NAFTA," he said.

"Each of you has a remarkable past and an even more remarkable future," the president told the award winners. "Especially with Trump as your president."

The president also plugged positive economic indicators—the lowest jobless claims since 1973, and a record-high stock market—before moving on to tax reform. "If we get this passed, and I really hope we will," Trump said, tax reform will spur job creation and bring, he estimated, $4 trillion in economic value from overseas back into the U.S. economy. "Nobody even knows the amount," he added.

Mr. Trump also mentioned the potential for renegotiation on the North American Free Trade Agreement (NAFTA), saying "we'll see how it turns out," on the deal.

The ceremony is part of Minority Enterprise Development Week at the White House Tuesday morning, a week he designated Sunday to recognize with "programs, ceremonies and activities to recognize the many contributions of American minority business enterprises," according to an official White House proclamation.

"We are in your debt," Mr. Trump said to those receiving awards. "You inspire our children to develop their talents and always chase their dreams."

The president then congratulated those receiving awards, and concluded his opening statement. He did not take questions from reporters and posed for a photo-op with the visitors.

"It's time to fight for our country"

"I think we have to as a country," he said. He claimed that the tax reform blueprint will bring back trillions of dollars to the economy, but did not cite specific information for doing so.

"We are in your debt. You inspire our children to develop their talents and always chase their dreams," Mr. Trump said.

The president claimed that his administration is working to lift barriers in the way of business development and claimed that the stock market is "the highest it's ever been in history, by far."

Trump: "We'll see how it turns out" on NAFTA

"Those days are over," Mr. Trump said of NAFTA, adding that the United States will need to re-negotiate the deal.