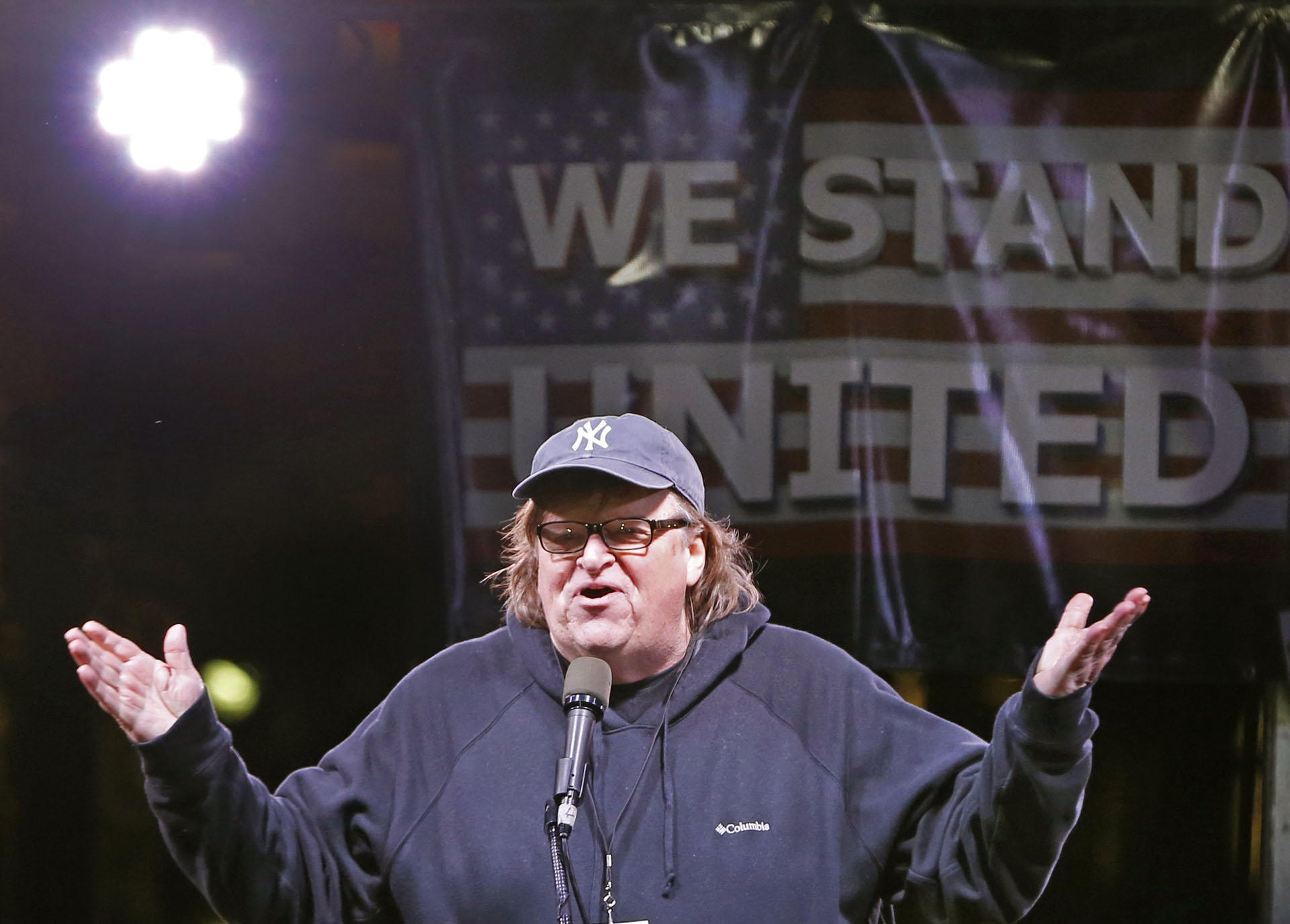 Mr. Trump tweeted: "While not at all presidential I must point out that the Sloppy Michael Moore Show on Broadway was a TOTAL BOMB and was forced to close. Sad!"

Moore quickly fired back, responding in a series of tweets to the president. He commented on topics ranging from Mr. Trump's response to Hurricane Maria in Puerto Rico to special counsel Robert Mueller's grand jury indictment.

"You must have my smash hit of a Broadway show confused with your presidency -- which IS a total bomb and WILL indeed close early. NOT SAD," Moore wrote in one tweet.

Moore also tweeted a photo of the president's son-in-law Jared Kushner, saying "For now, at least, I know I still have one fan in the White House (thx for your unwavering support, Jared!)

In August, Moore led the show's audience to Trump Tower in New York to protest the president's reaction to deadly violence in Charlottesville, Virginia.