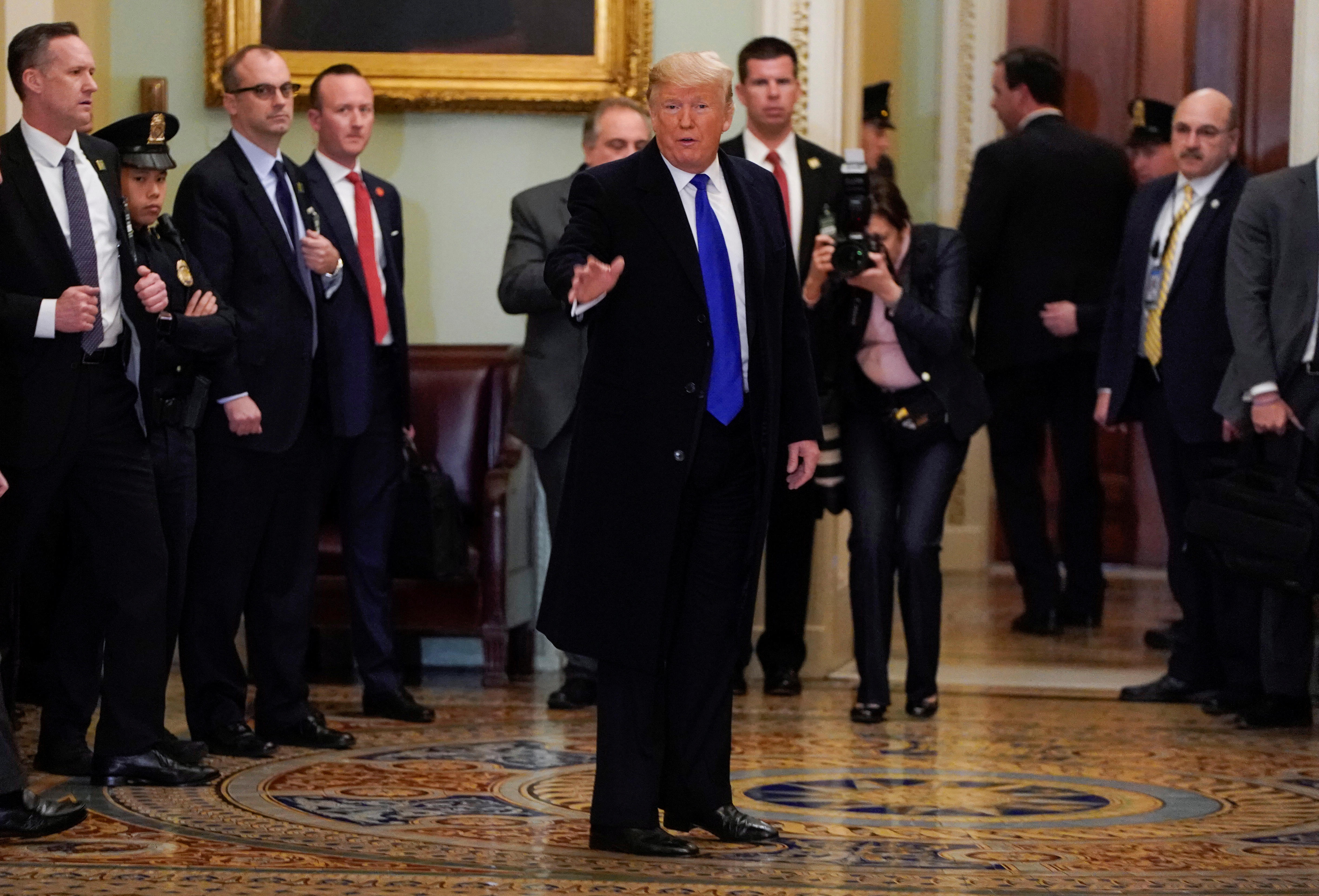 President Trump met with Senate Republicans for their weekly policy lunch on Capitol Hill Tuesday and invited a handful of members of Congress to the White House for a discussion on trade.

As he arrived on Capitol Hill, Mr. Trump told reporters, "The Republican Party will soon be known as the party of health care," in response to a question about about the Affordable Care Act lawsuit his administration filed this week to nix the law. House Democrats introduced a measure Tuesday that aims to expand the reach of the Affordable Care Act.

Mr. Trump also again embraced the special counsel's report, after decrying it as a "witch hunt" for two years. "The Mueller report was great. It could not have been better," the president told reporters.

Back at the White House, the president discussed the U.S.-Mexico-Canada Agreement, or the U.S.M.C.A., which Mr. Trump has declared as successful but which has yet to pass in Congress. Republican leaders said they hope to vote on and pass the agreement before August.

Mr. Trump has yet to strike a deal with China on trade. The United States' trade deficit with China has only increased since Mr. Trump became president and pledged to make trade fair again, reaching record levels this year. The U.S. had originally set a March 1 deal for striking a deal with China, but the president extended it when no deal was reached. Mr. Trump has expressed optimism about striking a deal, and two of his top advisers, Treasury Secretary Steve Mnuchin and U.S. Trade Representative Robert Lighthizer, are in Beijing this week to attempt just that.

Meanwhile, American farmers are suffering the consequences of tariffs.

The president's meetings with congressional leaders comes as he claims Attorney General William Barr's summary of special counsel Robert Mueller's report exonerates him, and blasts the media as the "enemy of the people" for its coverage of Mueller's investigation.

"The Mainstream Media is under fire and being scorned all over the World as being corrupt and FAKE. For two years they pushed the Russian Collusion Delusion when they always knew there was No Collusion. They truly are the Enemy of the People and the Real Opposition Party!" the president tweeted Tuesday morning.

Democrats in Congress are calling for the full release of Mueller's report. Before Barr released his summary, the House unanimously voted to release the report in full, but now that Barr's summary exonerates the president and his associates of illegal Russian collusion, and withholds judgment on obstruction of justice, some Republicans are walking back that push for transparency.