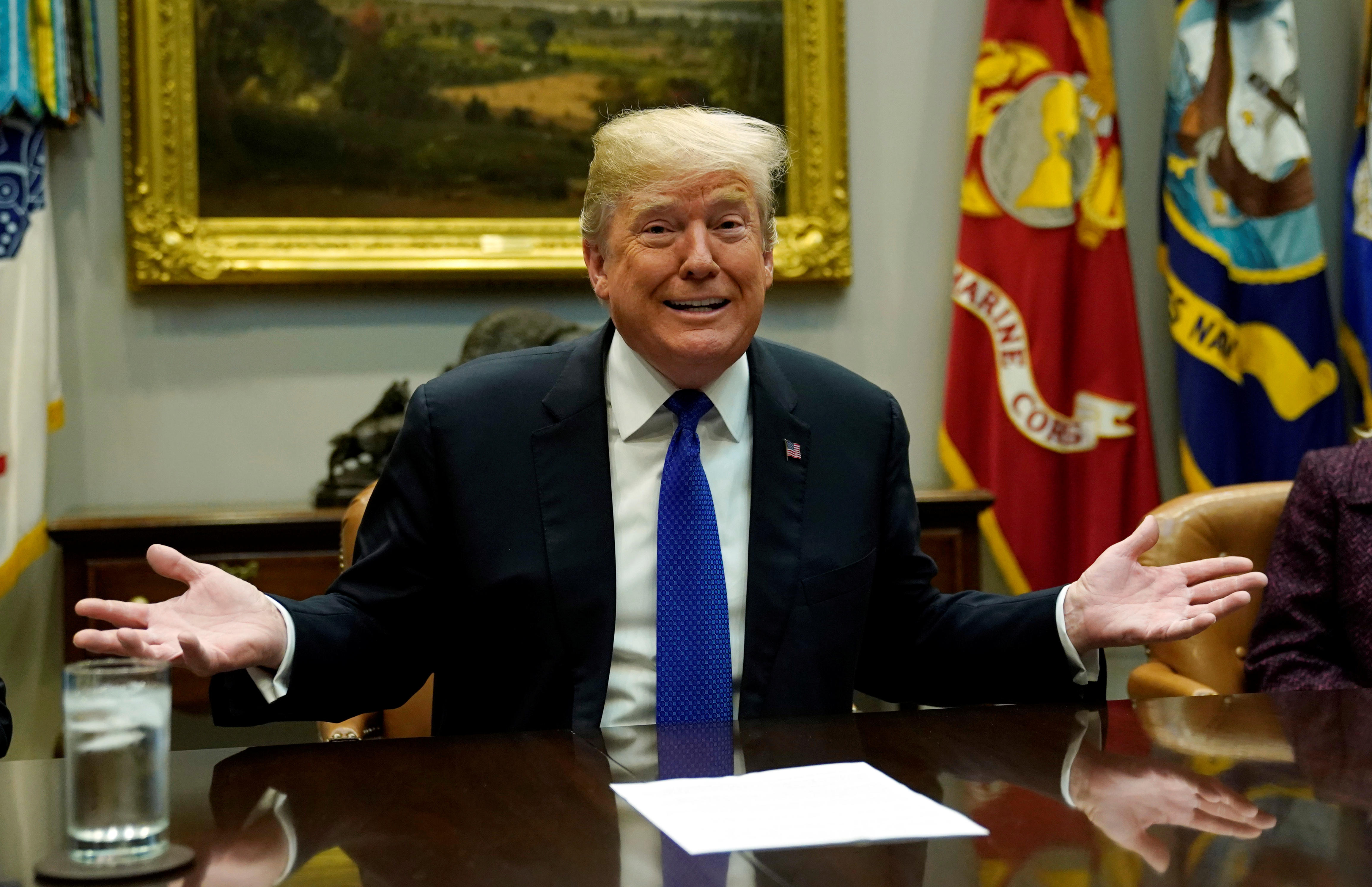 The president said during a pool spray of a meeting with Republican senators that the immigration system "fails Americans" and that chain migration is a "disaster." Mr. Trump said that any legislative solution for the Deferred Action for Childhood Arrivals (DACA) program for Dreamers "must secure the wall."

Mr. Trump said that the U.S. needs protection and needs "the wall." He claimed that he thinks many Democrats agree with him on it.

This was also the first time Mr. Trump has spoken publicly since excerpts of a soon-to-be-released book about his presidency were published Wednesday. That book, by Michael Wolff, portrays him in an unflattering light -- as eccentric, semi-literate and ignorant.

Asked if Steve Bannon, the president's former White House chief strategist has betrayed him, Mr. Trump said, "He called me a great man last night" and said that he doesn't talk him.