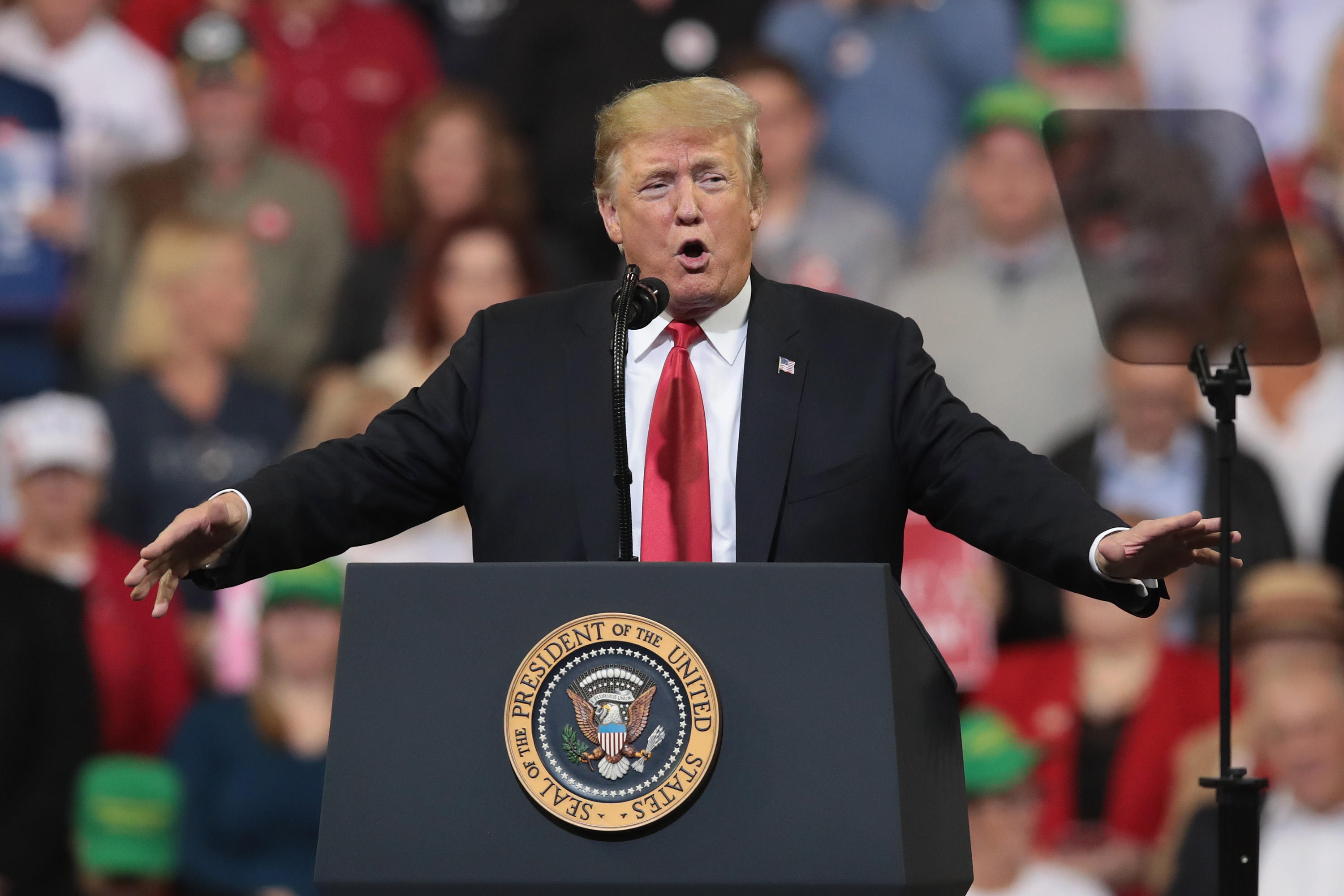 President Trump held a rally in Council Bluffs, Iowa, Tuesday evening to support Republican candidates and tout his administration's policies supporting ethanol production, a major industry in the state. Earlier in the day, he promised a "big announcement" for the rally.

The rally came a day after Mr. Trump confirmed new Supreme Court Justice Brett Kavanaugh, who had been accused of sexual assault by multiple women. Mr. Trump began his rally by praising Kavanaugh, and decrying Democrats for attempting to thwart his nomination. He called Democratic opposition to Kavanaugh "a national embarrassment and a national disgrace."

He also falsely claimed that the protesters who descended upon the Capitol to protest Kavanaugh's confirmation were paid actors who were upset because they had not been paid.

"Now they want to protest because they didn't get paid yet and they want their money," he said. He also encouraged Iowans to vote Republican because Democrats would impeach Kavanaugh. "But I have to go first," Mr. Trump joked, about Democrats' desire to impeach him.

Also Tuesday night, the crowd in Iowa began chanting "Lock her up!" about Democratic Sen. Dianne Feinstein of California. Mr. Trump has alleged Feinstein, the ranking member of the Judiciary Committee, leaked an allegation of sexual assault against Kavanaugh by Dr. Christine Blasey Ford in an attempt to sink his confirmation. Feinstein has denied her office was the source of the leak.

Following the "Make America Great Again" rally, Mr. Trump took to Twitter to express his thanks to the crowd.

The president announced Tuesday that he has directed the Environmental Protection Agency to allow year-round use of fuel with 15 percent ethanol, or E15. Currently, E15 is banned during the summer months, due to concerns that it contributes to air pollution. This could be a political boon for rural corn-producing states such as Iowa. Farmers in the state had been hurting due to the president's trade policies, although a recent agreement between the U.S., Mexico and Canada has helped to ease concerns. Mr. Trump discussed how new regulations on E15 and his trade deals are helping Iowa in his rally.

"Today I kept another major promise, as I said, to the people of Iowa," Mr. Trump said about new regulations on E15, to wild applause. "Hey wait a minute, I've got to do that again," the president joked, after the applause died down.

The president met with Republican members of Congress from corn-producing states to make his announcement on E15 Tuesday afternoon, including Rep. David Young. Young is vulnerable to losing his district to Democrat Cindy Axne, and his seat is rated a "toss up" by the CBS News Battleground Tracker. Mr. Trump is set to campaign for him and for Gov. Kim Reynolds.