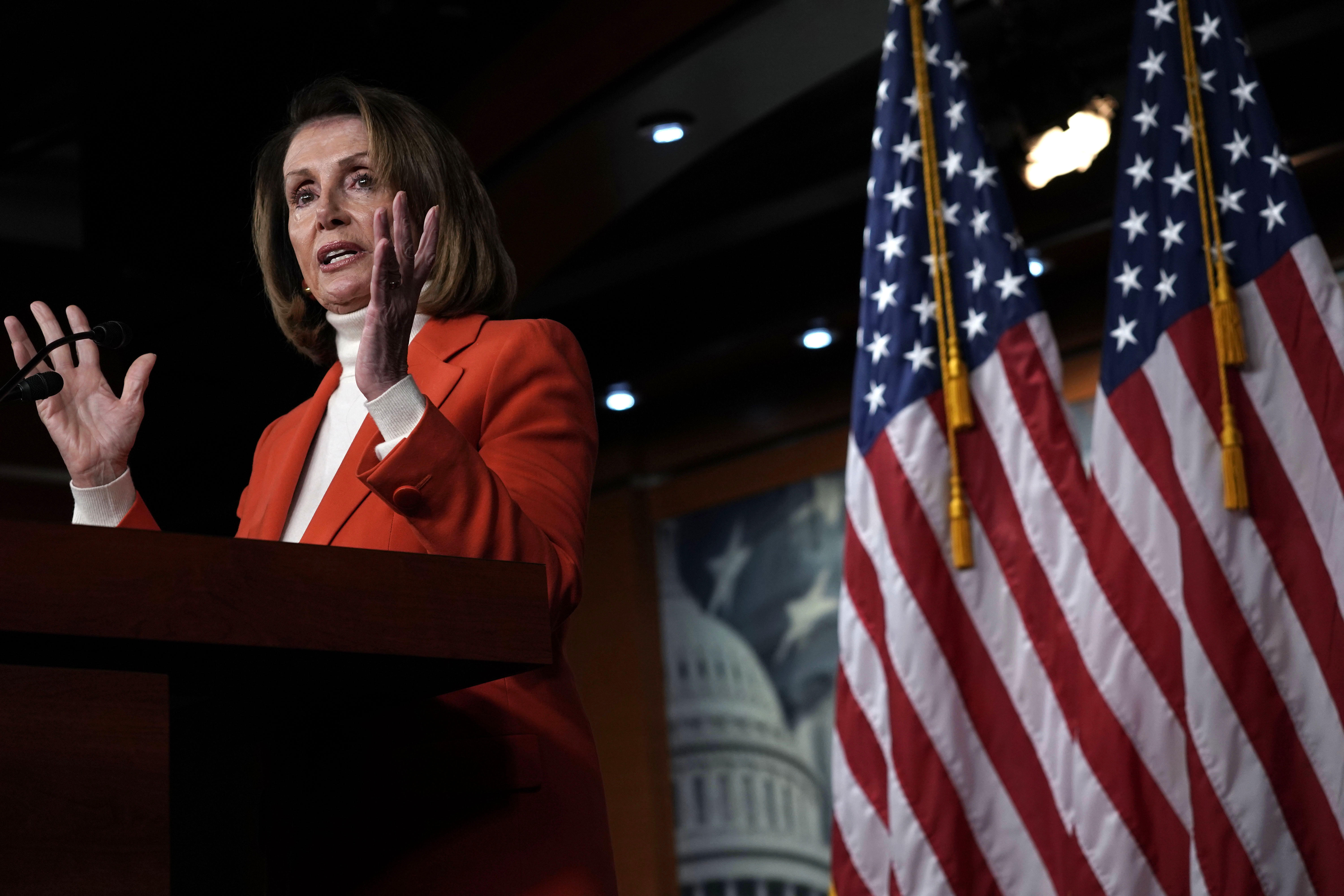 President Trump said Saturday morning he would help House Minority Leader Nancy Pelosi become speaker of the House in January if she is unable to garner enough votes in her caucus. Several recently elected Democrats, as well as some current members of Congress, have said that they would not vote for Pelosi.

"I would help Nancy Pelosi if she needs some votes. She may need some votes. I will perform a wonderful service for her," Mr. Trump said as he left the White House to visit California Saturday morning. "I like her. Can you believe it? I like Nancy Pelosi."

Democrats are set to vote on their party leader later this month, and  vote on speaker of the House will occur when the new Congress is seated in early January. If Pelosi is unable to get enough Democratic votes, she may need Republican votes in January to become speaker.

In his comments to reporters on Saturday, Mr. Trump compared Pelosi's troubles among her conference to the criticisms that he receives, which he called "presidential harassment."

"Well, in a way her own party's harassing her. There's nobody else should be Speaker," Mr. Trump said. "I already have a lot of votes. If she needs any votes, if she asks me, I will give her the votes to put her over the top."

He also tweeted offering help to Pelosi on Saturday morning. "I can get Nancy Pelosi as many votes as she wants in order for her to be Speaker of the House. She deserves this victory, she has earned it - but there are those in her party who are trying to take it away. She will win!" Mr. Trump wrote.

He tagged Rep. Tom Reed in the tweet. Reed, a co-leader of the bipartisan Problem Solvers Caucus, has said he would vote for Pelosi as speaker if she agreed to overhaul House rules.

"I would be willing, as a Republican on the floor of the House, to support a Speaker candidate, including Nancy Pelosi, who supports these rule reforms," Reed said at an event for The Hill sponsored by American University's School of Public Affairs and the Kennedy Political Union on Friday.

Mr. Trump told reporters on Saturday that he may be able to get support for Pelosi from moderates like Reed.

"I'm not saying I get them from the super conservative side, but maybe I even get them from there. But I don't imagine she'd need too many. But whatever number of votes she needs, if it's 50 or 10 or 2 or 1, she's got them from me. Automatic. So tell her opposition they're wasting their time," he said.

Pelosi told reporters on Thursday she intends to win the speakership with Democratic votes, and would not accept Republican help.

Mr. Trump was a frequent critic of Pelosi before the midterm elections. In his endorsements of Republican candidates, he often accused their Democratic opponents of being controlled by Pelosi. In August, he wrote a sarcastic tweet urging Democrats not to distance themselves from Pelosi.

"She is a wonderful person whose ideas & policies may be bad, but who should definitely be given a 4th chance. She is trying very hard & has every right to take down the Democrat Party if she has veered too far left!" Mr. Trump wrote.