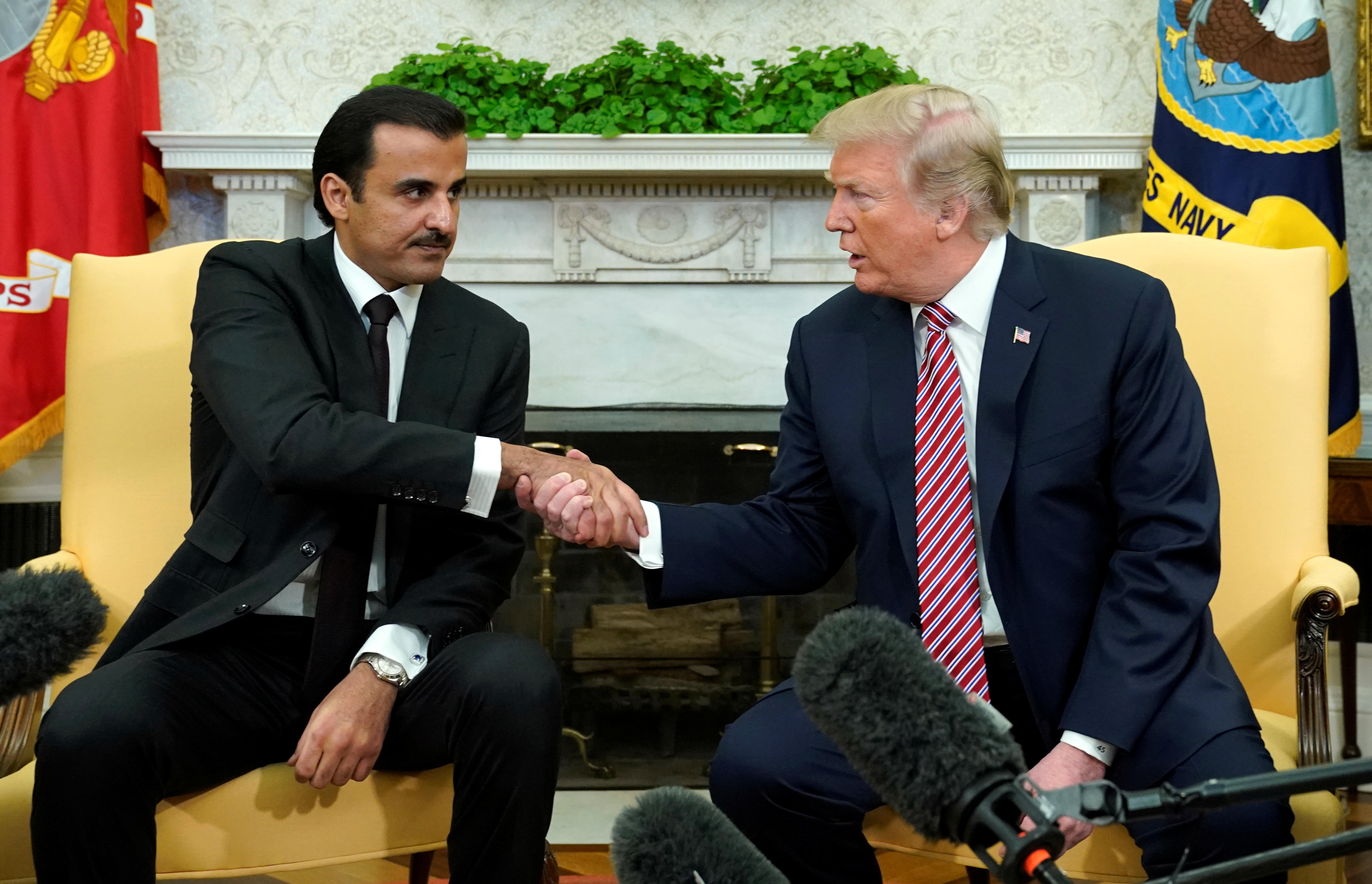 President Trump says the U.S. and Qatar are continuing to work closely on ensuring terrorism funding is halted in the Middle East, although he once accused the nation of Qatar of funding terrorism at a "high level."

"We're making sure terrorism funding is stopped in the countries that we are really related to," said Mr. Trump in the Oval Office on Tuesday.

Mr. Trump made the remarks while hosting the emir of Qatar at the White House on Tuesday for meetings as he continues his U.S. tour. Qatar's Sheikh Tamim bin Hamad Al Thani was hosted by Defense Secretary James Mattis on Monday where the two participated in bilateral talks at the Pentagon.

The president previously sided with Saudi Arabia, the United Arab Emirates and other neighbors that had accused Qatar of spreading extremism, fomenting regional unrest and allowing funds to flow to terror groups. Qatar denies all those charges.

Qatar has since taken steps to address U.S. concerns, even allowing Treasury Department officials into its central bank to improve accountability for controls to prevent terror funding.

Al Thani told reporters in the Oval Office, "We do not and we will not tolerate with people who fund terrorism. We've been cooperating with the United States of America to stop funding terrorism around the region."

The emir will also be joining the president for a working lunch that the White House said would focus on security and economic issues. In a phone call last week, Mr. Trump credited the emir with working to counter terror financing and extremism.

The White House said the two also discussed concerns about Iran's "increasingly reckless behavior in the region" and the need to resolve the Gulf crisis.