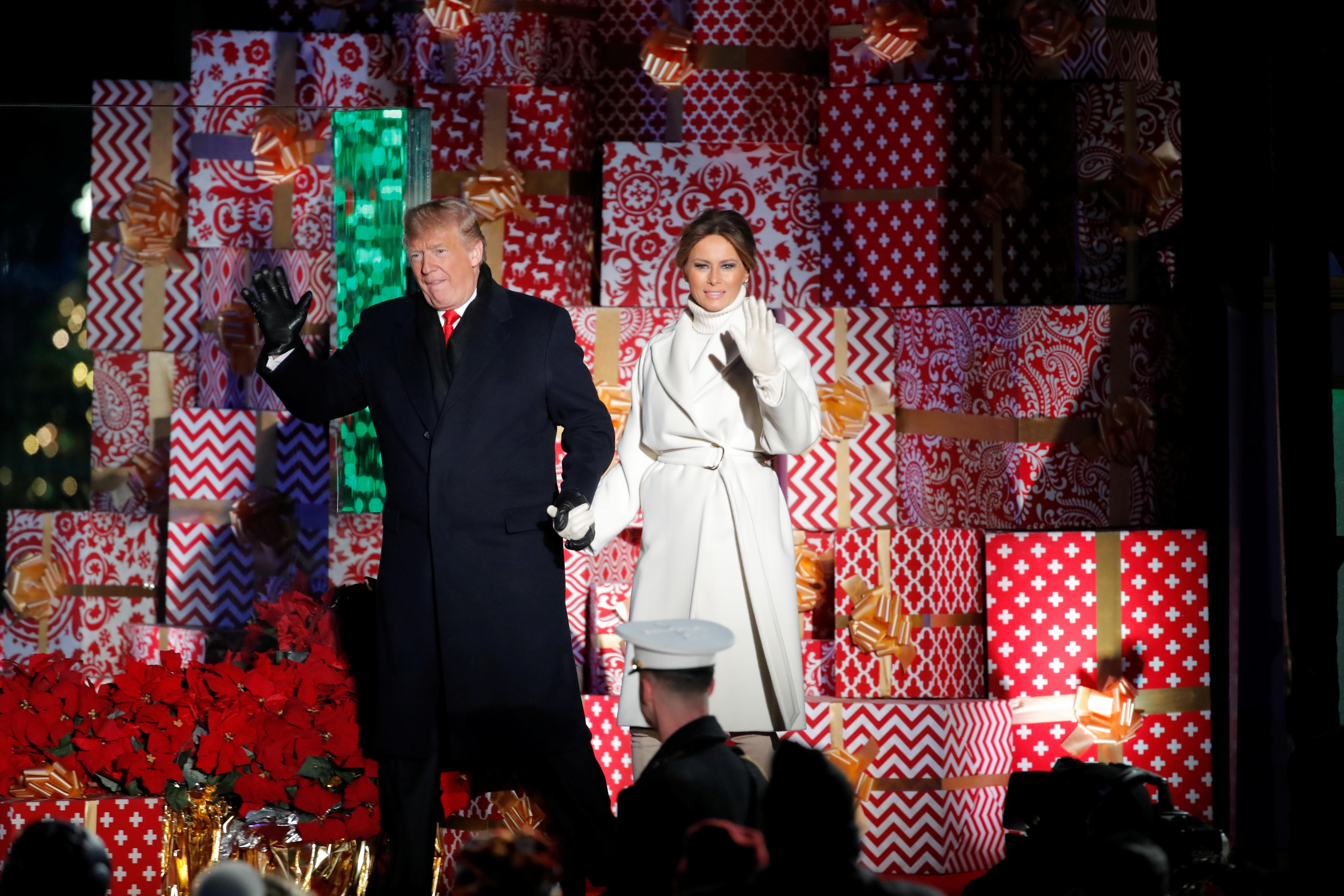 President Trump and first lady Melania Trump participated in the 96th National Christmas Tree Lighting ceremony on the Ellipse outside the White House on Wednesday, with the White House grounds fully decked out for the holidays.

The president had the crowd count down to the tree lighting with him. The tradition draws hundreds of spectators each year, even in frigid conditions. This year's ceremony featured a number of performers, including the Dominican Sisters of Mary and Anthony Kearns of The Irish Tenors.

Interior Secretary Ryan Zinke introduced Mr. Trump as "the man who brought Christmas back to America."

Mr. Trump offered some remarks about the birth of Jesus, and praised first responders and those serving in the military, among other remarks.

The White House itself has already been decorated for the Christmas holiday, with wreaths adorning the building's facade, ruby red trees, and more traditional trees on the inside. First Lady Melania Trump revealed this year's decorations earlier this week.

Each year, the tree lighting ceremony sets off a traffic frenzy in downtown Washington during rush-hour commutes.