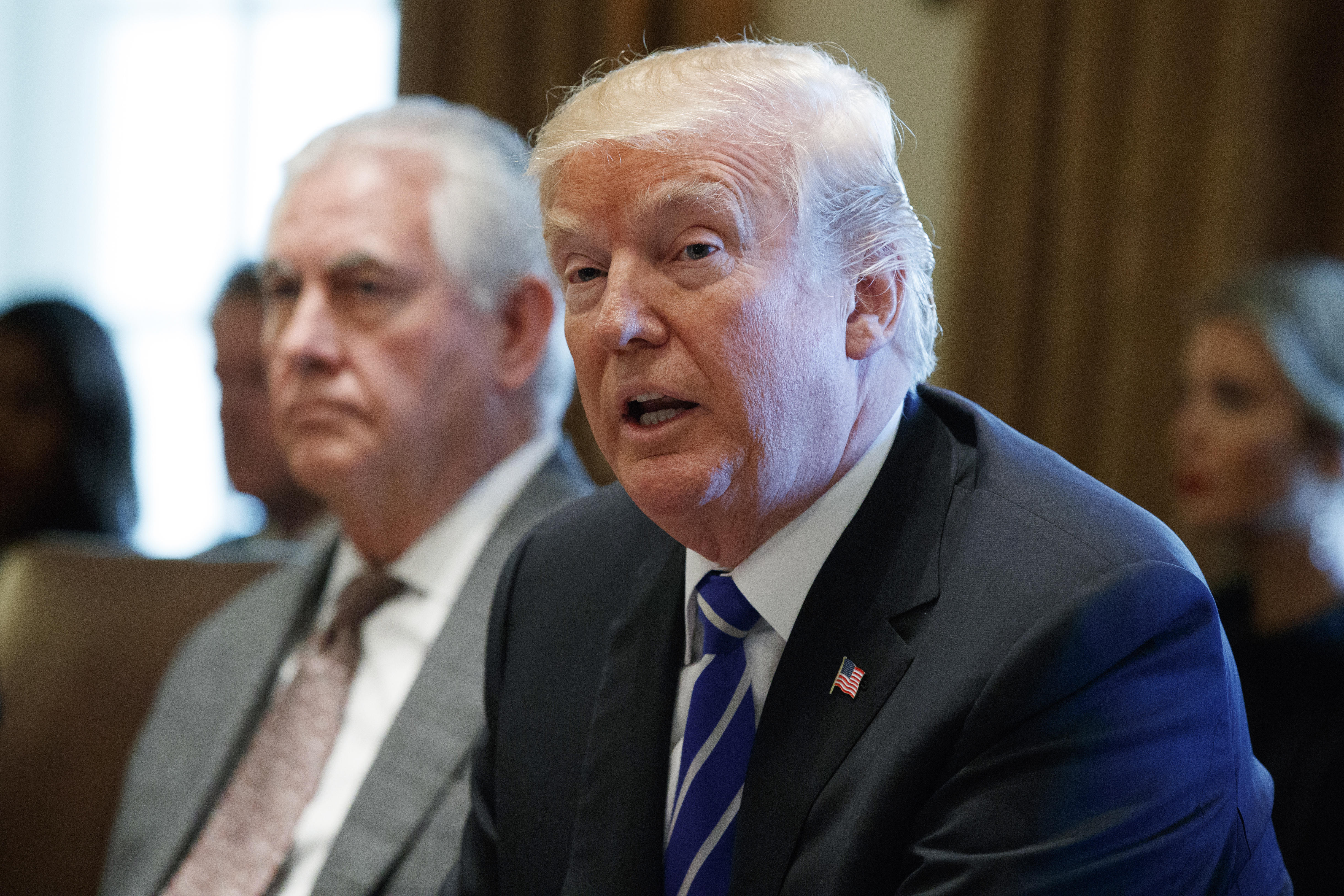 During a Cabinet meeting Monday morning at the White House, President Trump announced the designation of North Korea as a state sponsor of terrorism, effective immediately.

Mr. Trump called on the DPRK to end its unlawful development of ballistic missiles and cease all support for international terrorism, including assassinations on foreign soil. North Korean leader Kim Jong Un's half-brother, Kim Jong-Nam was assassinated in Malaysia in February.

"This designation will impose further sanctions and penalties on North Korea and related persons, and supports our maximum pressure campaign to isolate the murderous regime," he said.

Iran, Sudan and Syria are the only other state sponsors of terrorism identified by the State Department. Mr. Trump also brought up the death of Otto Warmbier, an American student who spent nearly a year and a half in North Korean detention and died shortly after he was returned to the United States.

Mr. Trump added that a supplementary sanction, "a very large one," against leader Kim Jong Un's regime will be announced by the Treasury Department Tuesday.

The news comes after the conclusion of Mr. Trump's recent 12-day, five-nation trip to Asia in which he discussed the denuclearization of the Korean peninsula with allied leaders.

"The North Korean regime must be lawful, must end its unlawful development of ballistic missiles, and cease all support for international terrorism, which it is not doing," he concluded.

During the White House press briefing Monday afternoon, Secretary of State Rex Tillerson followed up on Mr. Trump's announcement and took questions from reporters regarding the designation.

"We still hope for diplomacy," he said.

While Tillerson said the designation is largely "symbolic," he predicted that it will have some measurable diplomatic effects. He also noted that there is evidence of fuel shortages in North Korea as a result of limited fuel supply imports to the regime from China.

"As I've said, the practical effects may be limited, but hopefully we're closing off a few loopholes with this," Tillerson said, explaining that North Korea is already heavily sanctioned by both the United States and the United Nations.