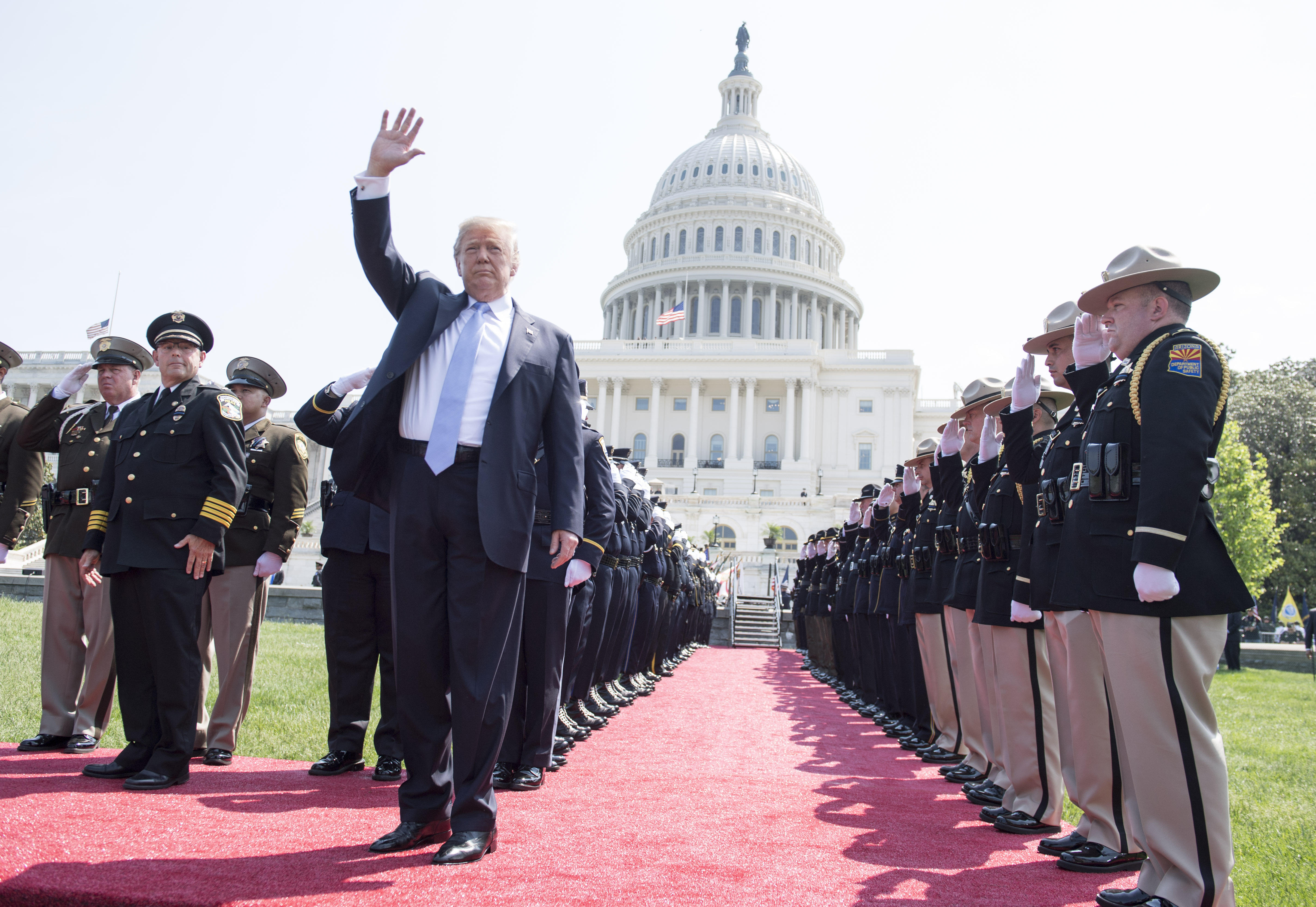 President Trump delivered remarks at the 37th Annual National Peace Officers' Memorial Service at the Capitol on Tuesday where he demanded stronger protections for law enforcement officials and an end to ambush-style attacks of police officers across the country.

"The Trump administration has a policy and it's very clear: We will protect those who protect us," the president said in front of the Capitol building.

He added, to loud applause from the audience, "We believe criminals who kill our police should get the death penalty -- bring it forth."

The president, speaking beside Attorney General Jeff Sessions, called on the Justice Department to do "everything in its power to defend the ives of american law enforcement" to help "end attacks on our police."

"If we want to bring down violent crime then we must stand up for our police, we must condemn dangerous anti police prejudice." The president said the country needs to now show "appreciation, gratitude and respect" for police officers.

The annual event honors law enforcement officers killed in the line of duty, bringing together members of the law enforcement community with families of those who lost their lives in 2017 and years prior. The president delivered a solemn message to young children of officers killed during duty present at the memorial service: "Your moms and dads were among the bravest Americans to ever live."

"When danger came when darkness fell, when distraction loomed, they did not flinch. They were not afraid. They did not falter," he said. He added, "Their immortal legacy lives on in each and every one of you. Today, every American heart bleeds blue."

Following the morning event, the president was slated to attend Senate Republicans' weekly policy lunch on the Hill where he is expected to discuss the administration's legislative agenda.