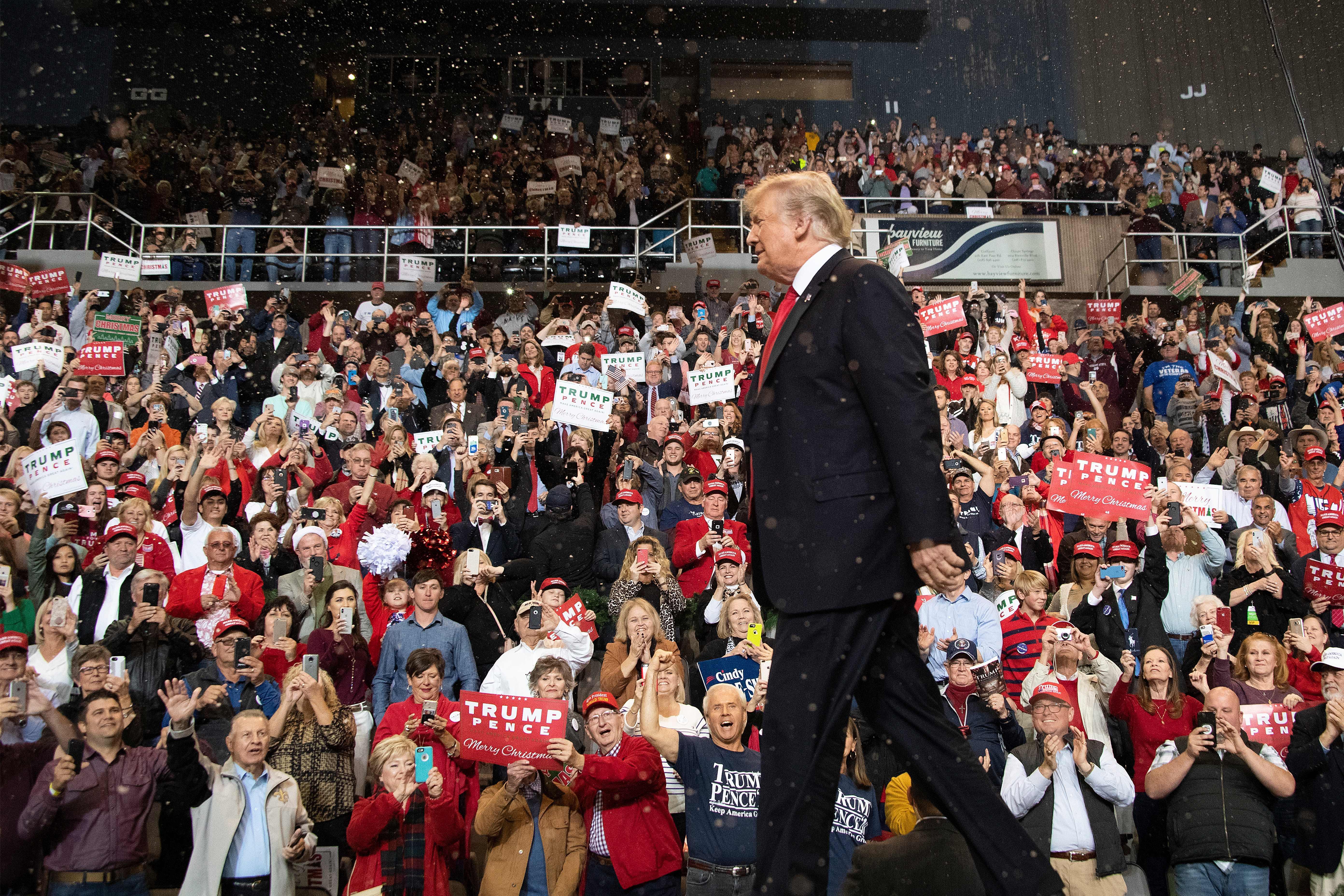 President Trump deleted a tweet Friday linking to the conservative Breitbart News featuring an interview in which he suggested his supporters could "play it tough" if need be. The deletion came after the terror attack that left 49 victims dead at mosques in New Zealand.

The tweet was deleted mid-morning, according to analysis using the Internet archiving system Wayback Machine. Mr. Trump hadn't linked directly to the interview with him, but to Breitbart's homepage, which had prominently featured the interview at the time. The interview took place and was posted before the attack.

The president rarely deletes tweets except to fix grammatical or punctuation errors.

Mr. Trump had told Breitbart his supporters, including the military and police, don't play as tough as their political opponents, but can be tougher if they need to be. The president's comments came in response to a Breitbart question about his announced executive order intended to guarantee free speech on college campuses.

"So here's the thing—it's so terrible what's happening," Mr. Trump told the publication. "You know, the left plays a tougher game, it's very funny. I actually think that the people on the right are tougher, but they don't play it tougher. Okay? I can tell you I have the support of the police, the support of the military, the support of the Bikers for Trump – I have the tough people, but they don't play it tough — until they go to a certain point, and then it would be very bad, very bad. But the left plays it cuter and tougher. Like with all the nonsense that they do in Congress … with all this invest[igations]—that's all they want to do is –you know, they do things that are nasty. Republicans never played this."

Breitbart News, which used to be run by former White House strategist Steve Bannon, is a right-wing website that has been criticized for anti-Muslim sentiment and for providing a platform for white nationalism.

It is unclear exactly what the president meant by playing "tough."