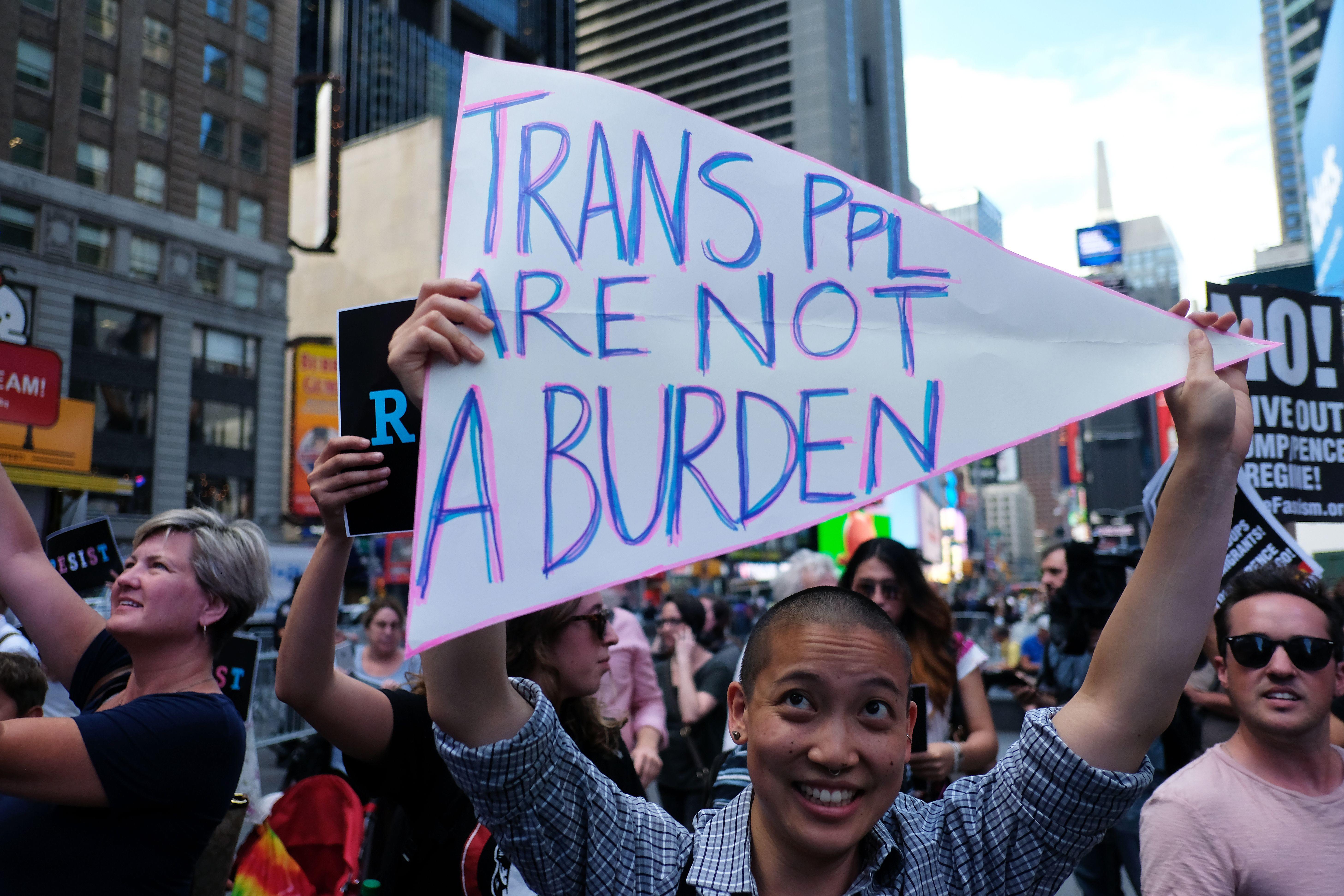 With reporting by Arden Farhi and Ed O'Keefe

President Trump suggested Monday that he's considering taking actions that would affect protections for legal transgender people. As he was departing the White House to campaign in Texas for Sen. Ted Cruz, Mr. Trump told reporters he's "looking at it" and said that there are "a lot of different things happening with respect to transgender."

The president's comments came as transgender rights activists nearby protested outside the White House.

According to language proposed in a portion of a draft memo obtained by CBS News from a D.C.-based advocacy group, the Trump administration is suggesting a rollback of the more expansive gender identities originally contemplated by the Obama administration. The memo, which is believed to be a few months old, suggests that people should be categorized for Title IX considerations solely by the biological traits with which they were born.

The draft language reads, "Proposed Definition: Sex means a person's status as male or female based on immutable biological traits identifiable by or before birth. The sex listed on a person's birth certificate, as originally issued, shall constitute definitive proof of a person's sex unless rebutted by reliable genetic evidence."

The memo says that while Title IX, which protects people from sex discrimination in education programs that receive federal funds, presumes "a binary understanding of 'sex,' there's no "standalone definition." The lack of expressly defined sexual identity, the memo says, "has led to confusion and negative policy consequences in the health care, education and other federal contexts." The memo argues that courts and the Obama administration "took advantage of this circumstance" to reinterpret Title IX to include "gender identity and sexual orientation."

The New York Times first reported the existence of a draft memo along these lines.

Early in his administration, Mr. Trump reversed Obama-era policies requiring public schools to allow children to use restrooms corresponding to their gender identity. In 2016, then-President Barack Obama issued guidance to public schools that said they were to treat transgender students according to their gender identity, even if it differs from their birth identity.

The Trump administration memo proposes that key federal agencies explicitly define sex in Title IX regulations "on a biological basis that is clear, grounded in science, objective, and administrable."