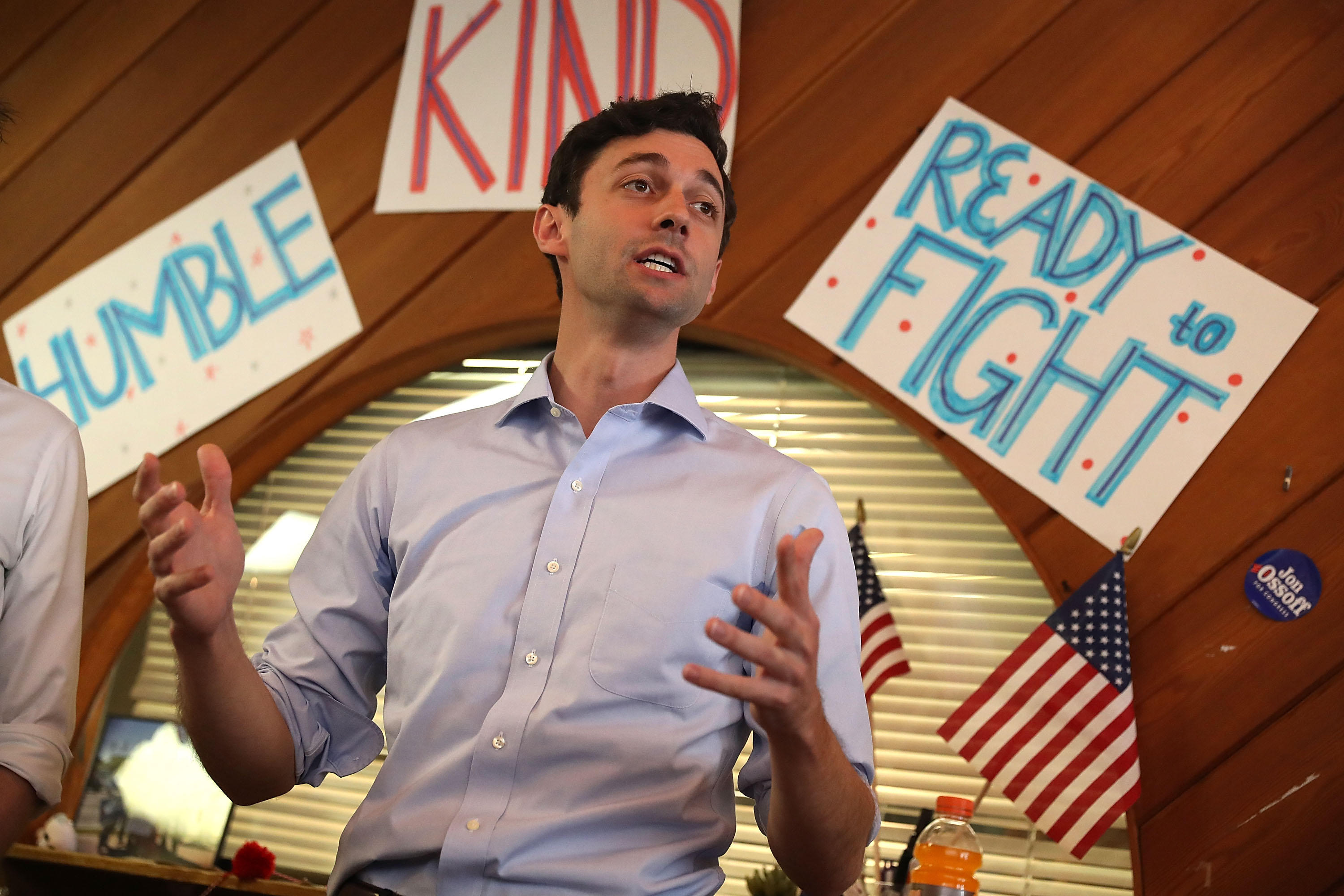 On the day before Georgia's highly-anticipated 6th Congressional District Special Election between Democrat Jon Ossoff and Republican Karen Handel, President Trump took to Twitter to weigh in on the race.

Mr. Trump, initially referring to the Republican candidate as "Handle" which he later amended in a corrected tweet, called out Ossoff for living outside the district, pointing out correctly that he "can't even vote in the district he wants to represent."

Ossoff says that he was born and raised in Georgia and grew up in the Sixth District, but he does not live there. He lives just outside the district with his girlfriend, who is a medical student at Emory. Candidates running for Congress do not have live in the exact district they are seeking to represent.

Ossoff will face off against Handel to fill the vacant seat left by Health and Human Services Secretary Tom Price.

The race has now become the most expensive House race in U.S. history with a price tag exceeding $50 million.

According to IssueOne, a pro-campaign finance reform group that looked at filings with the Federal Election Commission, $59.6 million has been invested in the race so far by all candidates and political groups, including money that was spent during the primary portion of the election.

While the election does not offer a crystal clear window into 2018, Democrats are eager to show that voter enthusiasm can give them a shot at flipping Republican-held seats during the midterm elections.