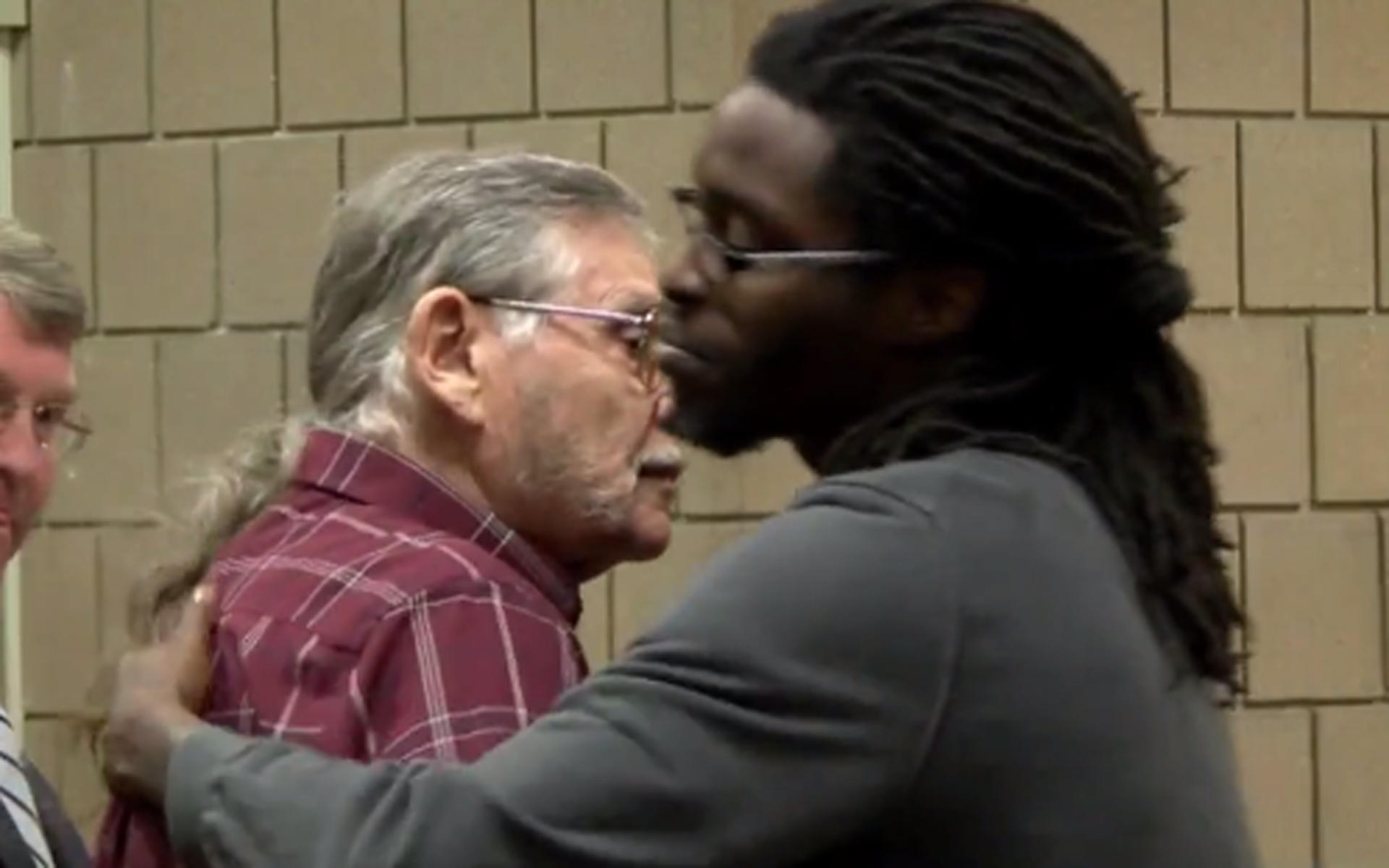 FAYETTEVILLE, N.C. -- A man accused of hitting a protester at a Donald Trump rally in North Carolina has received a 30-day suspended sentence and 12 months of unsupervised probation.

McGraw was accused of hitting Rakeem Jones as Cumberland County sheriff’s deputies were removing Jones from the Trump rally in Fayetteville on March 9. The assault was captured on video.

McGraw apologized for his actions, and Judge Tal Baggett told him to talk to Jones. The two men spoke, shook hands and hugged, and people in the courtroom applauded.

McGraw said he and Jones were both caught up in a “political mess.”

Jones accepted his apology and the two then hugged and agreed to work together to heal the country.

“It just felt good being able to shake his hand … and face him,” Jones said.

The judge said he was pleased that both men found a way to peacefully resolve the issue.

In a video later posted by “Inside Edition” shortly after the incident, McGraw defended his actions, WNCN says.

“He deserved it,” McGraw said of Jones.

“The next time we see him, we might have to kill him. We don’t know who he is. He might be with a terrorist organization.”

“You bet I liked it. Knocking the hell out of that big mouth,” McGraw continued. “No. 1, we don’t know if he’s ISIS. We don’t know who he is, but we know he’s not acting like an American.”

Pence to meet with South Carolina law enforcement amid policing reform talks in Congress
Thanks for reading CBS NEWS.
Create your free account or log in
for more features.
View CBS News In
CBS News App Open
Chrome Safari Continue
Be the first to know
Get browser notifications for breaking news, live events, and exclusive reporting.