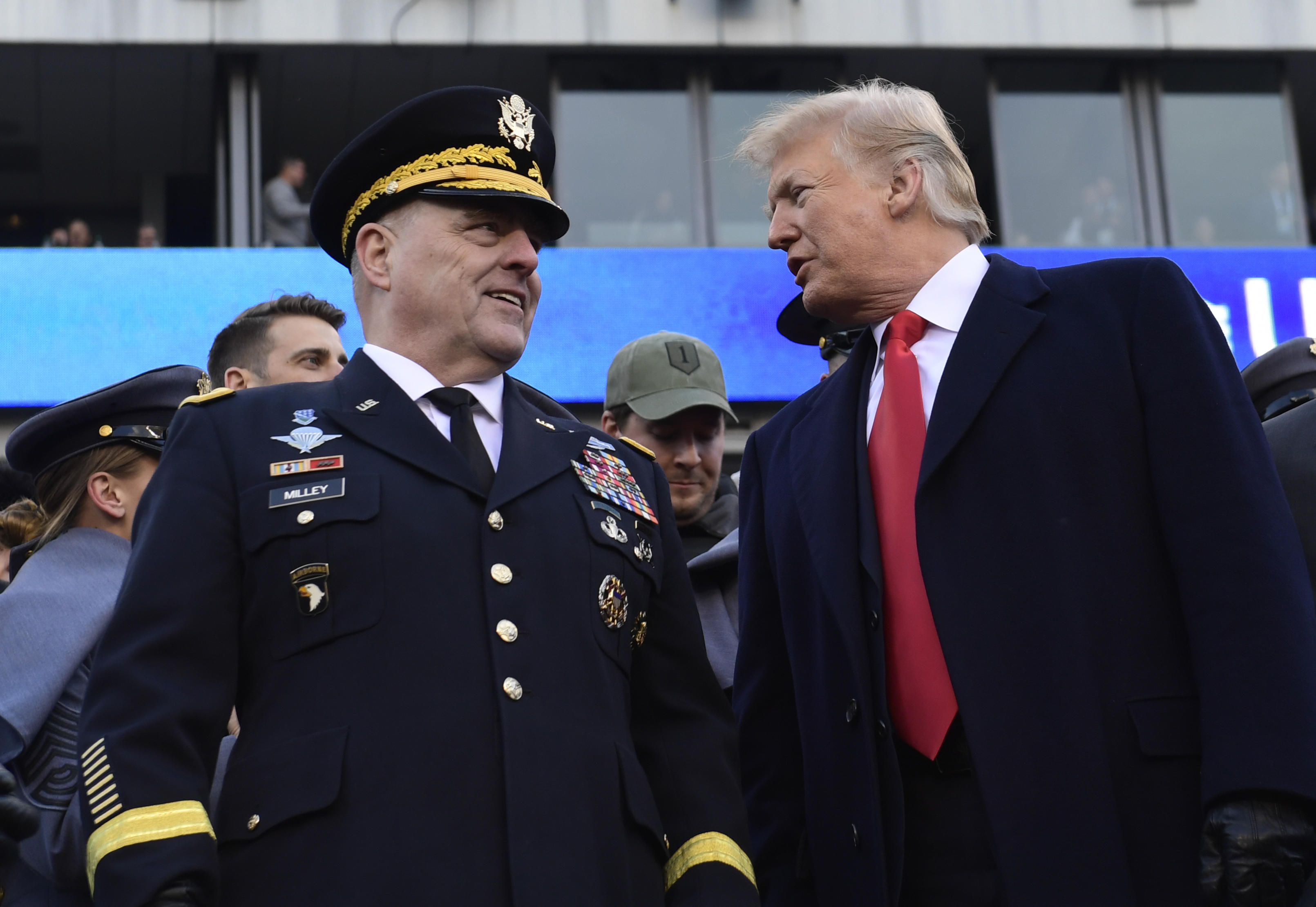 Army had the corps bouncing in front of the president and held onto the Commander-in-Chief's Trophy for the third in a row. The No. 22 Black Knights recovered two fumbles in the fourth quarter, Kelvin Hopkins Jr. had two rushing touchdowns and Army beat Navy 17-10 on Saturday to win its third straight game in the series.

President Trump attended the 119th game between the rivals and flipped the coin before spending a half on each side in a show of impartiality. No matter his view, Army (10-2) always had the edge. Mr. Trump was the 10th sitting president to attend Army-Navy, a tradition that began with Theodore Roosevelt in 1901.

Mr. Trump and Defense Secretary James Mattis stood silent during an invocation and a moment of silence for former President George H.W. Bush, who died recently died at age 94.

With Navy down 10-7, quarterback Zach Abey lost a fumble on fourth-and-12 deep in its own territory. Hopkins would score on a 1-yard run to make it 17-7 and give Army the cushion it needed to win in front of 66,729 fans at Lincoln Financial Field.

Army hopped and waved hands in celebration during a replay timeout and got the cadets in the stands to bounce along. They had good reason to celebrate: Army has regained its grip in a series that had gotten out of hand. Navy had a series-best 14-game winning streak from 2002-2015 and leads the series leads 60-52-7.

Trump sat on the Army side in the first half and crossed the field to the Navy side at halftime. Trump officiated the coin toss and was introduced by public address announcer Dan Baker to a cheering crowd. Navy called "tails," and that's what it was when Trump's flipped coin landed on the turf. Navy elected to kick off. That was a mistake.

Kell Walker ran 51 yards to the 10 on the fourth play from scrimmage and Hopkins dashed in for the TD on the next play for a 7-0 lead.

In a series steeped in tradition — the "March On" and drumline battles, among them — perhaps none is more engrained than the running game. Last year's game had a combined three pass attempts and quarterbacks for each team are usually the leading rushers. But Army and Navy passed on the rush and tried to throw, with mixed results. Army safety Jaylon McClinton had an interception in the first half. Army also dropped a key third-down pass that led to John Abercrombie's missed 33-yard field goal in the second quarter.

Abercrombie rebounded to kick a 33-yarder in the third for a 10-0 lead. Last season's game was an instant classic and was decided by a field goal: Bennett Moehring narrowly missed a 48-yarder in the snow on the final play and Army held off Navy 14-13.

Moehring made the extra point on Lewis' score and he kicked a 45-yard field goal with 29 seconds left. Malcom Perry's 43-yard run to the 5 set up Garret Lewis' 1-yard rushing TD with 7:10 left in the game that pulled Navy to 10-7.

There were reminders all around the Linc, home of the Super Bowl champion Eagles, that this was no ordinary game. The Navy "Leap Frogs" parachute team earned a roar from the crowd with each safe landing on the field. Bill the Goat, Navy's mascot, was safely leashed and secured from a possible abduction attempt from overzealous cadets. And each side safely returned "captives" in the Prisoner Exchange - when seven midshipmen and seven cadets swap service academies for a semester. The Army prisoners spelled out "3-PEAT on the back of their uniforms.