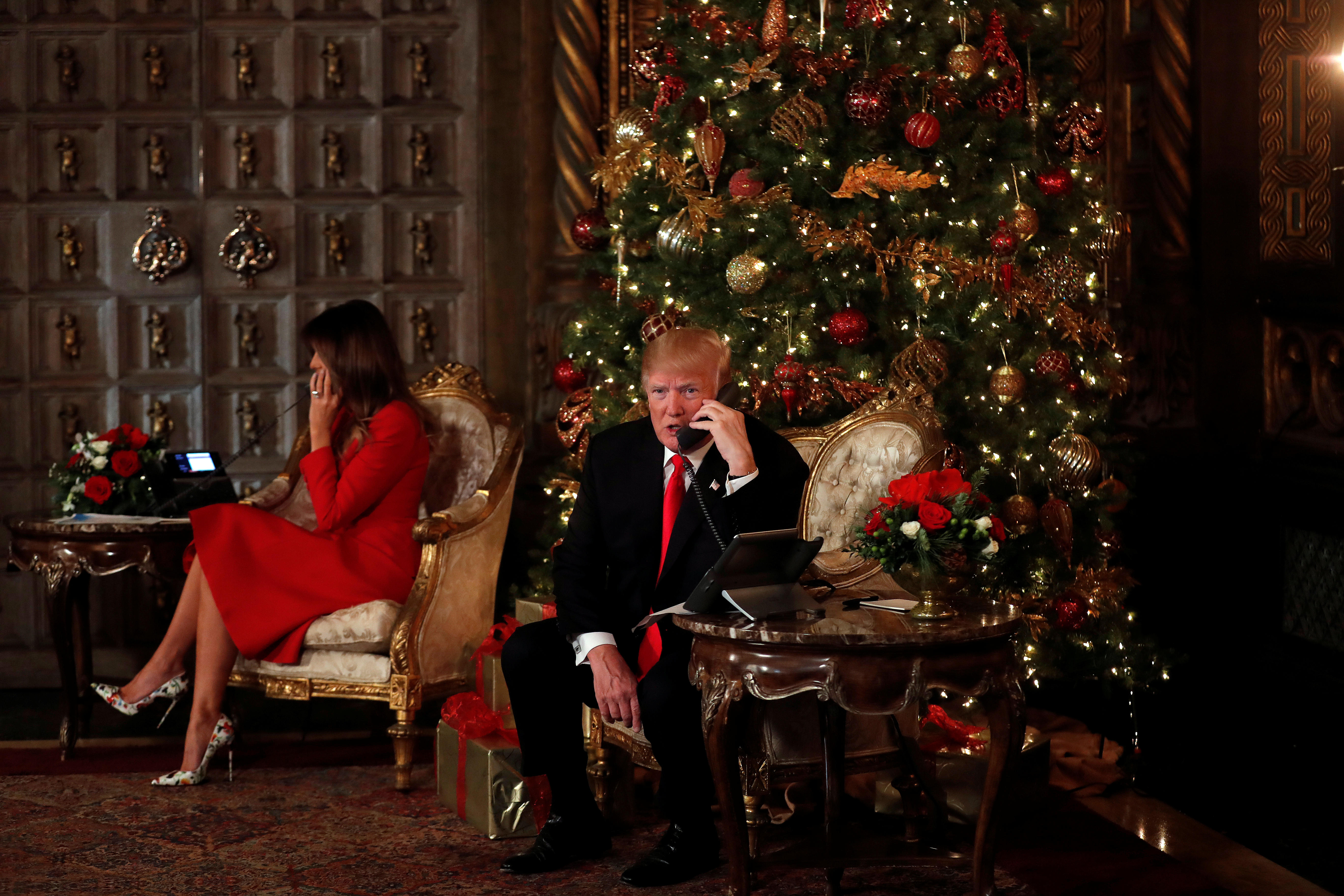 Mr. Trump tweeted out the video, which was pre-recorded at the White House before he left for his holiday vacation at Mar-a-Lago in Florida.

"My fellow Americans, Melania and I are delighted to wish America and the entire world a very Merry Christmas," the president says in the video.

The first lady says that at this time of year, "we see the best of America and the soul of the American people," and pays tribute to "our brave men and women in uniform."

The president continues: "In the season of joy, we spend time with our families, we renew the bonds of love and goodwill between our citizens and most importantly we celebrate the miracle of Christmas. For Christians we remember the story of Jesus, Mary and Joseph that began more than 2,000 years ago. As the book of Isaiah tells us, for to us a child is born, to us a son is given and the government will be on his shoulders and he will be called Wonderful Counselor, Mighty God, Everlasting Father, Prince of Peace. This good news is the greatest Christmas gift of all, the reason for our joy and the true source of our hope."

Mr. Trump had no public events scheduled on Christmas Day. The White House says he received a briefing on a deadly suicide bombing in Kabul, Afghanistan, Monday that killed at least six people.

The president's Christmas message comes after he tweeted on Christmas Eve that people are "proud to be saying Merry Christmas again."