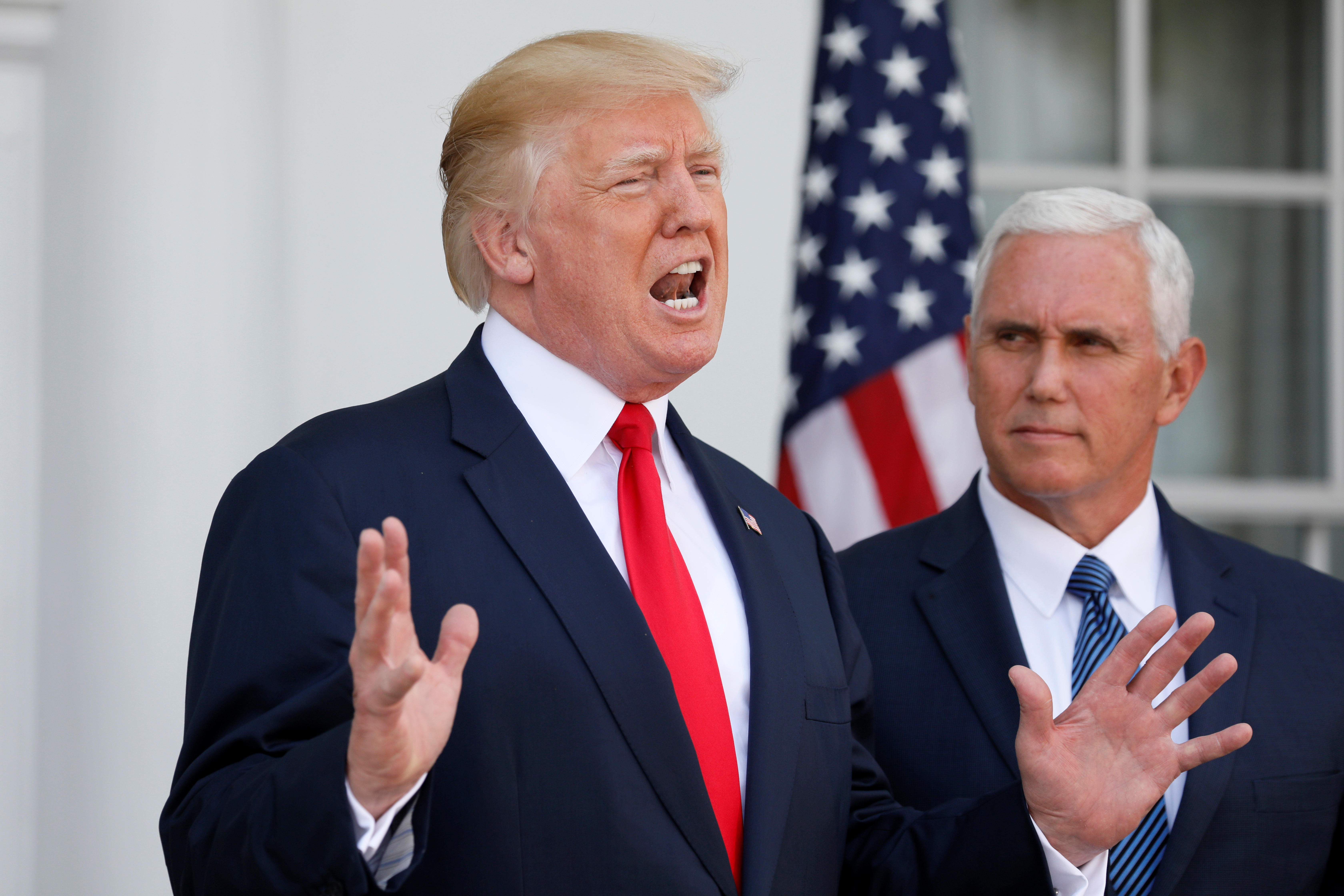 President Trump called it "a disgrace" that the Republican-controlled Senate couldn't pass a bill to repeal and replace the health care law, placing the blame on Senate Majority Leader Mitch McConnell.

"They should have had this last one done. They lost by one vote. For a thing like that to happen is a disgrace," the president told reporters, as the vice president stood next to him at his golf club at Bedminster, New Jersey. "Frankly, it shouldn't have happened, that I can tell you."

"I just want him to get repeal-and-replace done," he said. He added that he also wants to see legislation for tax cuts and infrastructure on his desk. Asked whether it was time for McConnell to step down, he suggested that if the Senate fails to produce results on these agenda items.

Earlier, Mr. Trump directed his third tweet at Senate Majority Leader Mitch McConnell in two days, this time urging him "get back to work" and pass legislation on health care, tax reform and infrastructure.

This followed another tweet Thursday chiding McConnell for failing to pass the Senate GOP plan to repeal and replace the Affordable Care Act: "Can you believe that Mitch McConnell, who has screamed Repeal & Replace for 7 years couldn't get it done?"

White House press secretary Sarah Huckabee Sanders confirmed that the president and McConnell had spoken on the phone Wednesday and that health care was discussed. She confirmed that Mr. Trump is feeling "some frustration" with McConnell.

At a rotary club speech in Kentucky, McConnell suggested Monday that Mr. Trump had set unrealistic timelines for major legislation and said he thought the president had "excessive expectations about how quickly things happen in the democratic process."

The president's tone Wednesday was sharp in response to that remark: "Senator Mitch McConnell said I had "excessive expectations," but I don't think so. After 7 years of hearing Repeal & Replace, why not done?"

The Senate majority leader also made it clear in his Kentucky remarks that he does not plan to revisit repealing the ACA any time soon.

"If people can show me 50 votes for anything that would make progress on that, I'll turn back to it. But in the absence of that, we're going to be moving on. We have a number of things to do in September," he said.  Topping the agenda when the Senate returns in September are bills that will keep the government running, raise the debt ceiling to prevent default and cut taxes. McConnell acknowledged that something would likely have to be done to help stabilize the private insurance market, which is concerned that the Trump administration will stop paying subsidies that help lower the cost of health insurance for consumers.