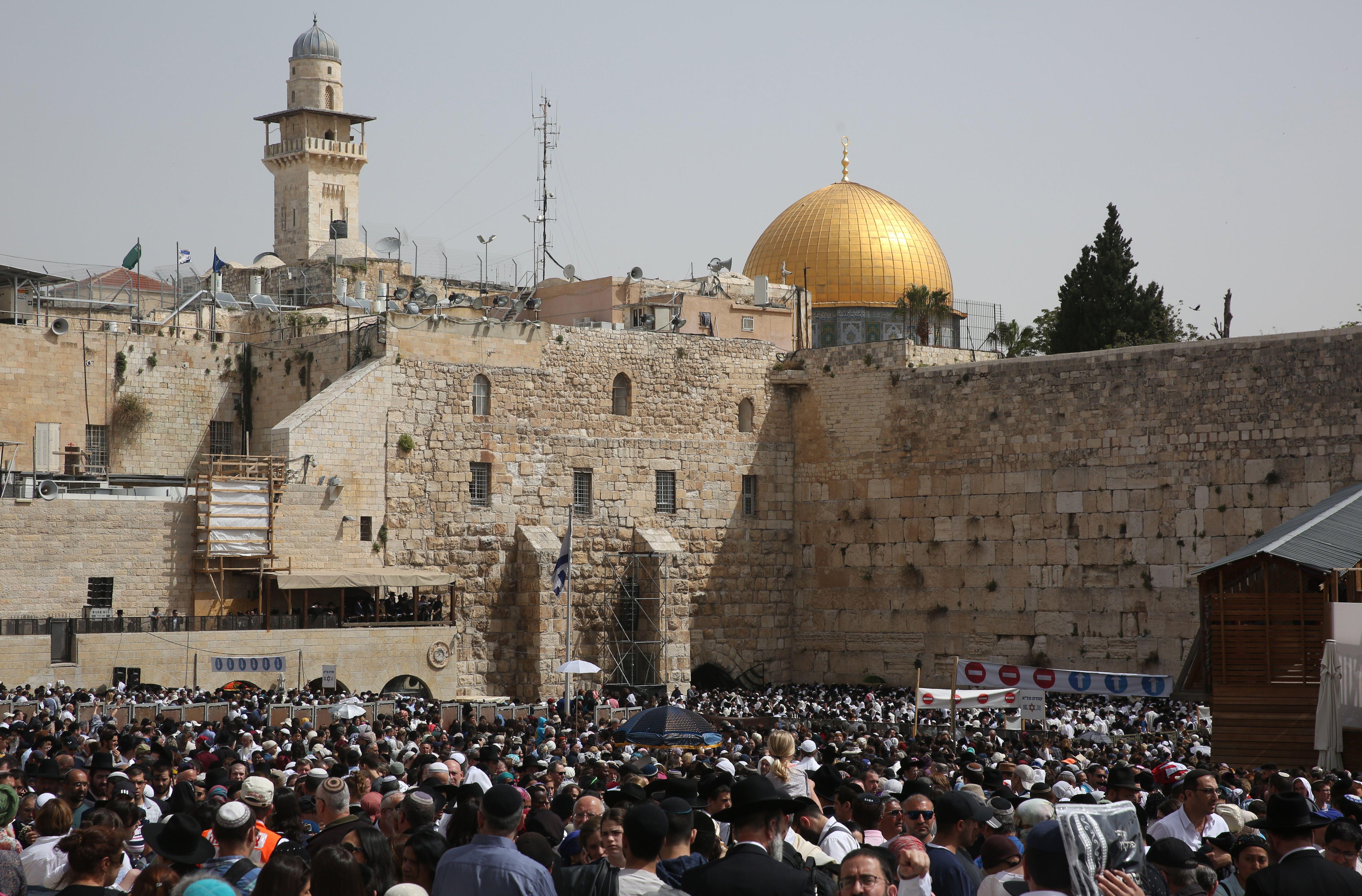 As President Trump prepares for his first foreign trip as president, there's a report that a U.S. official caused some strife with Israeli counterparts ahead of his visit to Israel next week.

The Times of Israel reported that the unnamed official told an Israeli official that the Western Wall is "not part of Israel."

CBS News' White House Correspondent Major Garrett says that the official was part of the Trump advance team preparing for the president's visit Israel next week.

The report went on to say that the official rejected a request from an Israeli official that Prime Minister Benjamin Netanyahu accompany Mr. Trump when he visited the Western Wall, which would be a major stop on the president's tour of the region.

The official reportedly retorted that the area was "not your territory" and that "it's part of the West Bank."

No sitting U.S. president has ever visited the Western Wall, which is not officially recognized by the international community or by the U.S. as part of Israel, although Israel considers Jerusalem its capital.

The Western Wall, the holiest site of prayer for Jewish, has been contentiously debated since the 1967 Six Day War, after Israel annexed it, along with the rest of the Old City and East Jerusalem. However, Muslims also lay claim to the site. It's where the Al Aqsa Mosque is located, the third holiest site in Islam.

A senior White House official responded to the report saying that the comments were "not authorized communication" and that they "do not represent the position of the United States" or the president.

Netanyahu's office released a statement in response to the reports, saying "Israel is convinced that this statement is contrary to the position of President Trump, as expressed in his firm opposition to the most recent U.N. Security Council Resolution."

Another issue that has come up in advance of Mr. Trump's visit is the U.S. embassy -- during his presidential campaign, he promised to move the U.S. embassy from Tel Aviv to Jerusalem, though he's been less vocal about it since taking office.

On Monday, Fox News correspondent Conor Powell tweeted that "Everyone I've spoken to in DC that has been briefed on #Jerusalem embassy move says #Netanyahu told #Trump not to move embassy at this time."

Netanyahu's office called the claim "false" and released notes from the prime minister's meeting with Mr. Trump in February, all of which suggested that Netanyahu's support for moving the embassy.

"5. The embassy -- the PM supports moving it," one note from the Oval Office read. During lunch with the president, ""The PM was asked about the embassy and explained [that moving it] would not lead to bloodshed in the region, as some were trying to intimidate [President Trump] into believing," read another.

On Monday, Mr. Trump's newest ambassador to Israel David Friedman paid a visit to the Western Wall to pray upon arriving to his new post.

Mr. Trump had previously said that there was a "very good chance" for peace in the region when he hosted Palestinian President Mahmoud Abbas at the White House last month.

"I will do whatever is necessary to facilitate the agreement, to mediate, to arbitrate, anything they'd like to do -- but I'd love to be a mediator, or an arbitrator or a facilitator, and we will get this done," the president said.

Mr. Trump will also visit Saudi Arabia, the Vatican, and Sicily for NATO G7 meetings as part of his overseas trip.