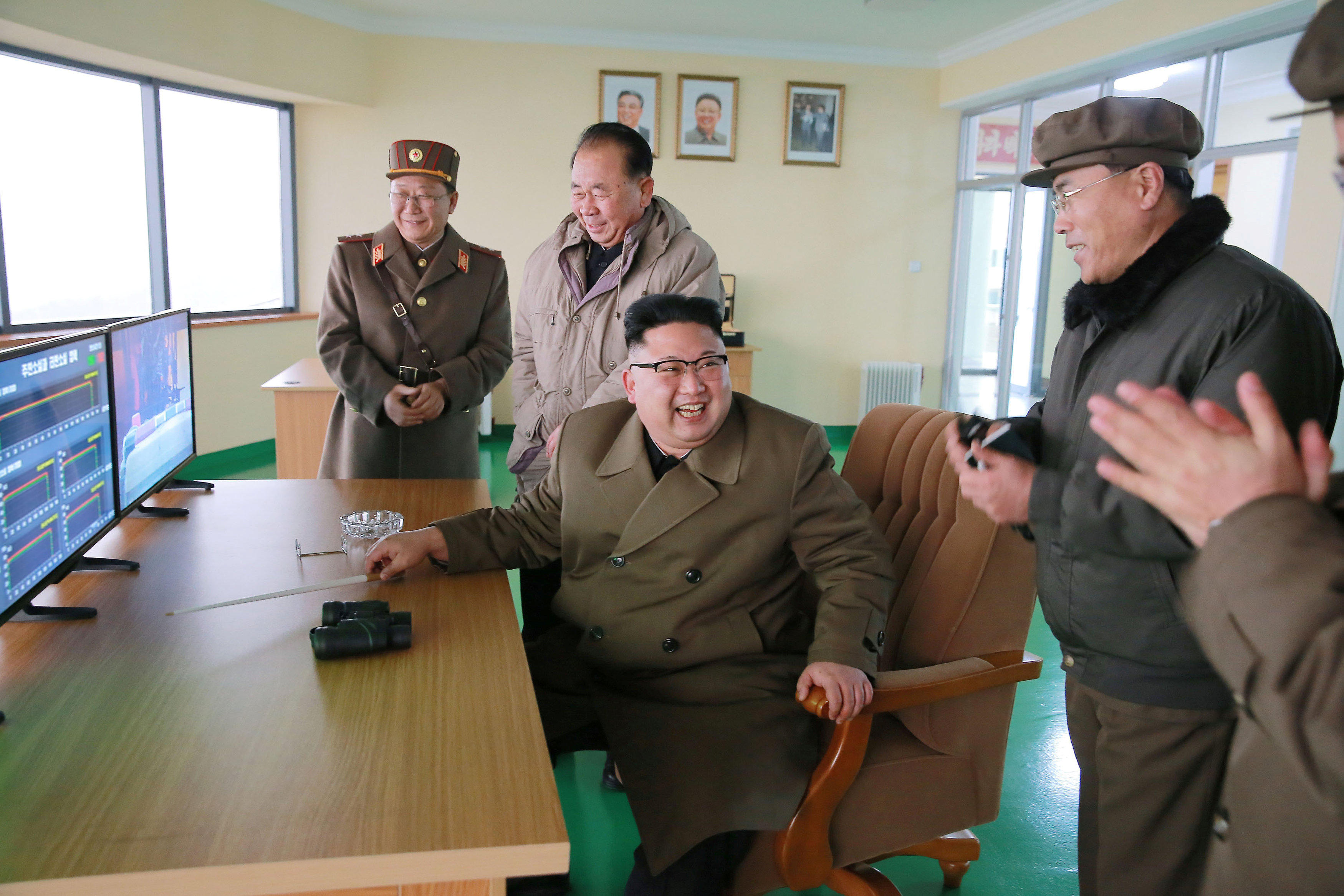 President Donald Trump will meet with Chinese President Xi Jinping on Friday for a whirlwind 24-hour summit to commence discussions on issues of paramount importance to the administration: trade and North Korea.

The official argued that while China’s political influence over its neighbor may be diminished, its economic leverage is still “considerable,” since China accounts for 90 percent of North Korea’s trade.

“I can tell you that it is now urgent because we feel that the clock is very very quickly running out,” a senior White House officials told reporters on Tuesday. “The clock has now run out, and all options are on the table for us.”

These comments came shortly before North Korea fired a projectile into the sea near the Korean peninsula on Tuesday — “likely” a test of their KN-11 sub-launched missile, a U.S. official said. The U.S. military’s Pacific Command later said they believed the missile to be a KN-15 medium-range ballistic missile.

“North Korea launched yet another intermediate range ballistic missile,” the State Department said, in an unusually terse statement after the missile launch. “The United States has spoken enough about North Korea. We have no further comment.”

Mr. Trump indicated in an interview with the Financial Times on Sunday that the administration will take unilateral action on North Korea if China remains unwilling to intervene.

“And China will either decide to help us with North Korea, or they won’t,” Mr. Trump said. “And if they do that will be very good for China, and if they don’t it won’t be good for anyone.”

Secretary of State Rex Tillerson, Secretary of Defense James Mattis, Secretary of the Department of Defense John Kelly and National Security Adviser Lt. Gen. H.R. McMaster are among some of the participants expected to sit in on meetings during the summit hosted at Mar-A-Lago, Mr. Trump’s “Winter White House” in Florida. First Lady Melania Trump will also be in attendance along with Xi’s wife, Peng Liyuan, a celebrity in her own right.

Mr. Trump, who campaigned on a promise to impose a 45-percent tariff on Chinese imports, told the Financial Times that he wouldn’t be raising the issue during this meeting but “perhaps the next time we meet.”

While the administration told reporters there is no predetermined script for the meeting between the two world leaders, they cited establishing “a framework for discussions on trade and investment” as the primary purpose of the summit.

“President Trump will convey to President Xi the importance of establishing an economic relationship that is fair and balanced and based on a principal of reciprocity,” the senior official said.

Despite Mr. Trump’s breach of diplomatic protocol after the election — he spoke with the President of Taiwan over the phone during his transition — the White House reaffirmed the President’s commitment to the “One China” policy, which has been in place since 1979. In accordance with the policy, the U.S. maintains only unofficial ties with the Taiwanese government.

Senior officials also said that Mr. Trump will continue to object to China’s activity in the South China Sea, an expected topic of discussion.

Officials stressed that these talks are preliminary, warning against anticipating any immediate resolutions to differences between the two countries.

Mr. Trump, however, sounded increasingly optimistic a few days after tweeting that his meeting with Xi would be “difficult.”

“I would not be at all surprised if we did something that would be very dramatic and good for both countries and I hope so,” Trump told the Financial Times.