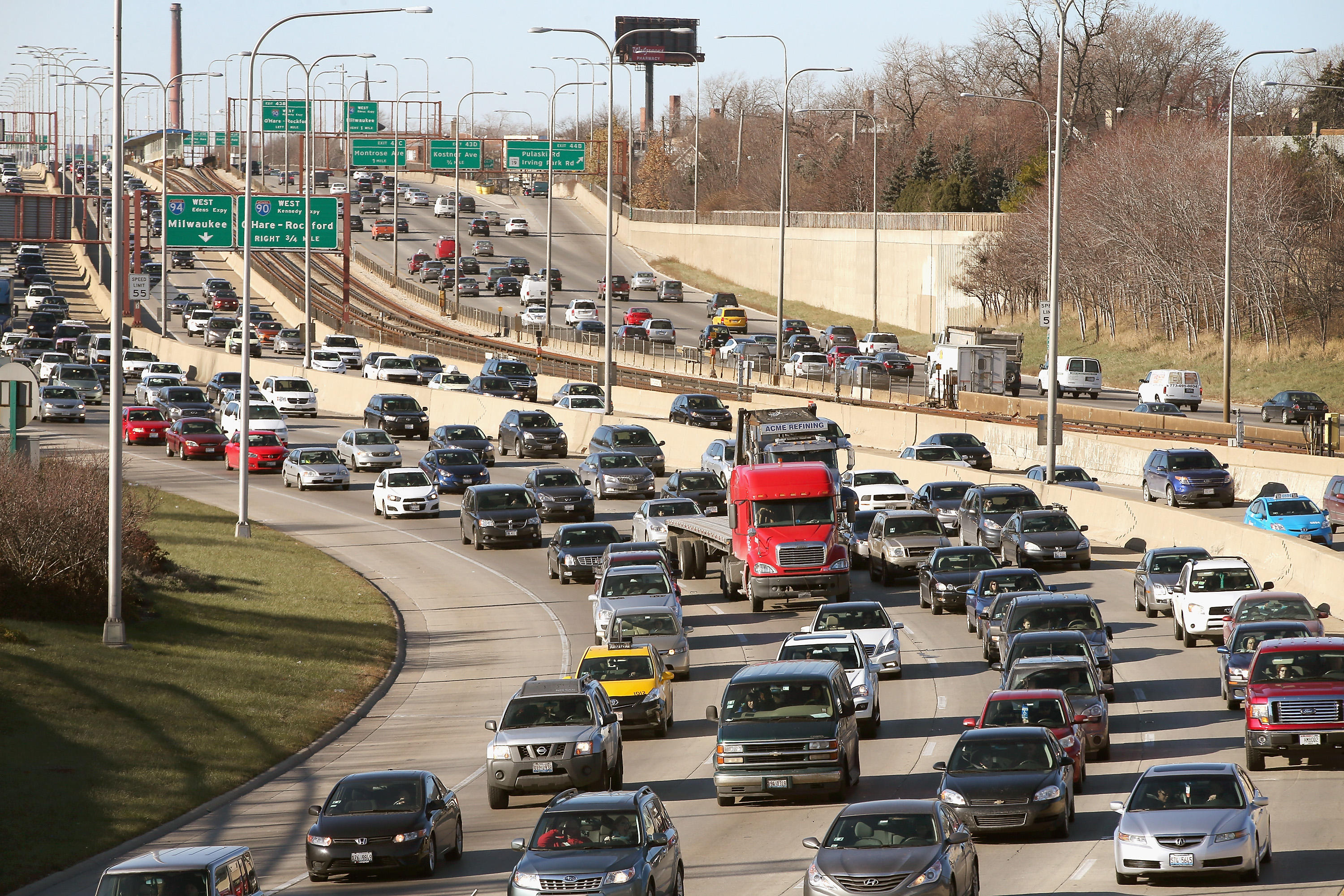 The Trump administration says people would drive more and be exposed to increased risk if their cars get better gas mileage, an argument intended to justify freezing Obama-era toughening of fuel standards. Transportation experts dispute the arguments, contained in a draft of the administration's proposals prepared this summer, excerpts of which were obtained by The Associated Press.

The excerpts also show the administration plans to challenge California's long-standing authority to enact its own, tougher pollution and fuel standards.

Revisions to the mileage requirements for 2021 through 2026 are still being worked on, the administration says, and changes could be made before the proposal is released as soon as this week.

Overall, "improvements over time have better longer-term effects simply by not alienating consumers, as compared to great leaps forward" in fuel efficiency and other technology, the administration argues. It contends that freezing the mileage requirements at 2020 levels would save up to 1,000 lives per year.

New vehicles would be cheaper — and heavier — if they don't have to meet more stringent fuel requirements and more people would buy them, the draft says, and that would put more drivers in safer, newer vehicles that pollute less.

At the same time, the draft says that people will drive less if their vehicles get fewer miles per gallon, lowering the risk of crashes.

David Zuby, chief research officer at the Insurance Institute for Highway Safety, said he's doubtful about the administration's estimate of lives saved because other factors could affect traffic deaths, such as automakers agreeing to make automatic emergency braking standard on all models before 2022. "They're making assumptions about stuff that may or may not be the same," he said.

Experts say the logic that heavier vehicles are safer doesn't hold up because lighter, newer vehicles perform as well or better than older, heavier versions in crash tests, and because the weight difference between the Obama and Trump requirements would be minimal.

"Allow me to be skeptical," said Giorgio Rizzoni, an engineering professor and director of the Center for Automotive Research at Ohio State University. "To say that safety is a direct result of somehow freezing the fuel economy mandate for a few years, I think that's a stretch."

Experts say that a heavier, bigger vehicle would incur less damage in a crash with a smaller, lighter one and that fatality rates also are higher for smaller vehicles. But they also say that lighter vehicles with metals such as aluminum, magnesium, titanium and lighter, high-strength steel alloys perform as well or better than their predecessors in crash tests.

Alan Taub, professor of materials science and engineering at the University of Michigan, said he would choose a 2017 Malibu over a heavier one from 20 years earlier. It's engineered better, has more features to avoid crashes and additional air bags, among other things. "You want to be in the newer vehicle," he said.

Environmental groups questioned the justification for freezing the standards. Luke Tonachel, director of the clean-vehicle program at the Natural Resources Defense Council, said the risk from people driving more due to higher mileage is "tiny and maybe even negligible."

Under the Trump administration proposal, the fleet of new vehicles would have to average roughly 30 mpg in real-world driving, and that wouldn't change through 2026.

California has had the authority under the half-century-old Clean Air Act to set its own mileage under a special rule allowing the state to curb its chronic smog problem. More than a dozen states follow California's standards, amounting to about 40 percent of the country's new-vehicle market.

Asked if he thinks a freeze in U.S. mileage standards is warranted, EPA acting administrator Andrew Wheeler told a small group of reporters at EPA headquarters last week, "I think we need to go where the technology takes us" on fuel standards.

Wheeler did not elaborate. Agency spokespeople did not respond when asked specifically if the EPA acting chief was making the case that modern cars could be both fuel efficient and safe.

Wheeler also spoke out for what he called "a 50-state solution" that would keep the U.S car and truck market from splitting between two different mileage standards.

The Department of Transportation said in a statement that the final fuel economy standards would be based on sound science. The department cautioned that a draft doesn't capture the whole picture of the proposed regulation.

The draft said a 2012 analysis of fuel economy standards under the Obama administration deliberately limited the amount of mass reduction necessary under the standards. This was done "in order to avoid the appearance of adverse safety effects," the draft stated.