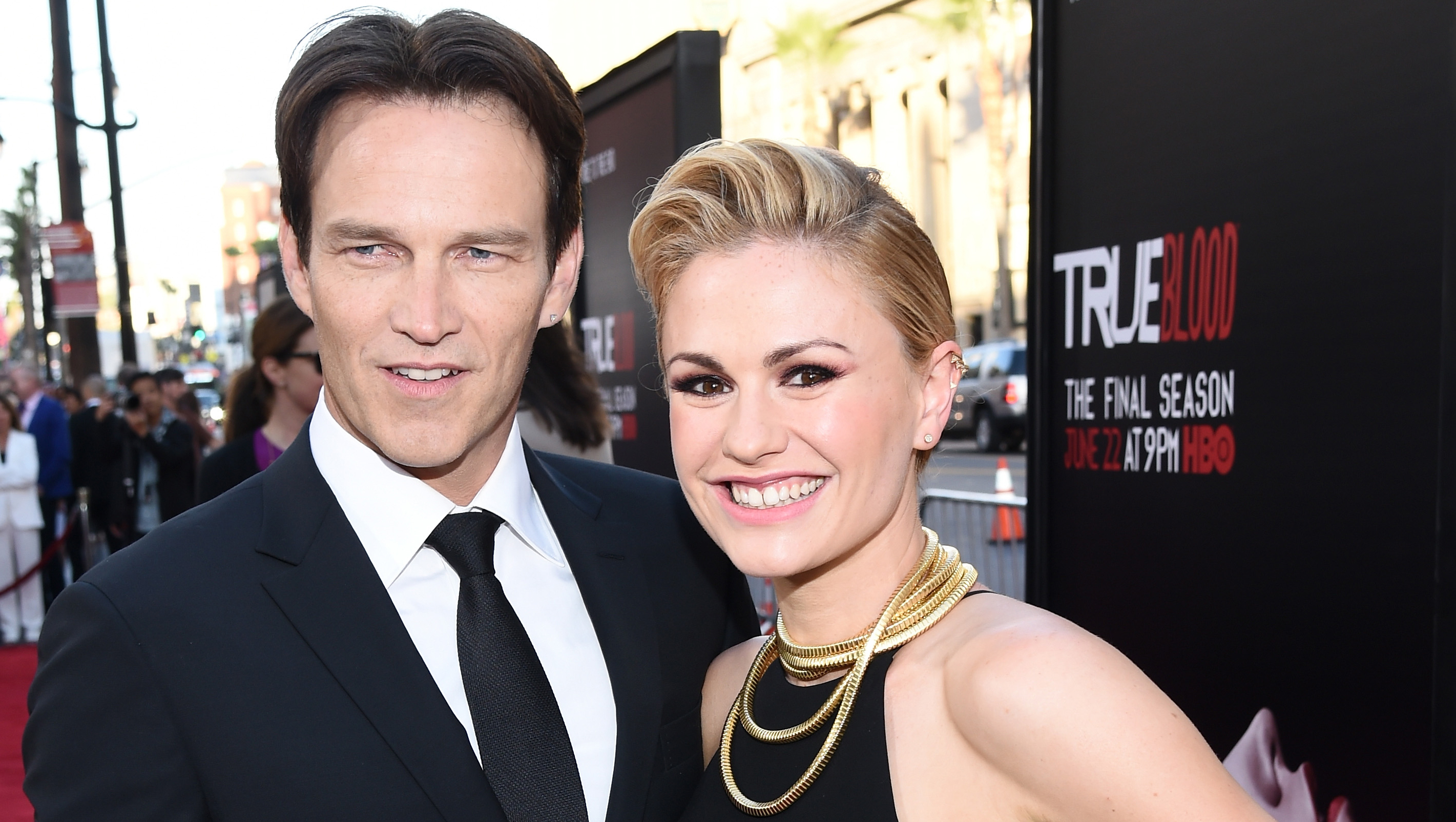 Like the vampires it portrays, "True Blood" won't seem to die. Even if it means breaking out in song.

After the final scene of the upcoming final season of "True Blood," fans may be able to take another fresh bite out of the HBO vampire drama.

In the works: "True Blood': The Musical." Seriously.

"This was something that I pitched to HBO and (show creator) Alan Ball," said composer Nathan Barr, speaking on the arrivals line at the "True Blood" season premiere Tuesday night in Hollywood. Barr has written the instrumental scores for the series' entire seven seasons, the last of which debuts Sunday.

Barr said the musical will revolve around protagonist, telepath and waitress Sookie Stackhouse, portrayed in the series by Anna Paquin. But, Barr added, after seven seasons of twists, turns and characters for Sookie, it's proven a challenge to trim the saga down.

"I think we're really going to try to return to the roots of the show," Barr commented.

"True Blood" co-star Stephen Moyer, who showed off his vocal chops last year on NBC's highly rated live telecast of "The Sound of Music," revealed he helped Barr put together some samples of the "True Blood" musical presented to HBO and Ball.

Barr said he hopes to present a workshop version about a year from now, but he's not looking beyond that. To say this is "Broadway bound" is premature.

"There's no guarantees," the composer warned. "But I think the direction we're heading in is really exciting."