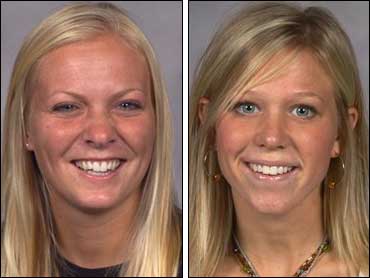 A Michigan truck driver pleaded guilty Tuesday to reckless homicide for a highway wreck that killed four Taylor University students, including two from Illinois, and a staff member last year.

The case drew additional national attention after one of the students who was killed in the crash was misidentified by the county coroner as one of five others who were injured.

One of the young victims had been mistakenly identified as a survivor until her parents discovered the severely injured woman they had been caring for was actually another student.

The truck driver, Robert F. Spencer, 38, was accused of falling asleep on Interstate 69 shortly before his tractor-trailer hit the university van on April 26, 2006.

Authorities said he had driven at least nine hours more than allowed under federal rules at the time of the crash.

Spencer, from Canton Township, Mich., had been set to stand trial in August but agreed to plead guilty to five counts of reckless homicide and four counts of criminal recklessness resulting in serious bodily injury, all felonies, prosecutors said.

He now faces four to 24 years in prison at sentencing Aug. 14.

Defense attorney Max Ludy declined to comment after the hearing.

Prosecutor James Luttrull Jr. said he had spoken with the victims' families. "hey were supportive of the agreement and relieved that there appears there won't be a trial," he said.

A spokesman for Taylor University, in Upland, said the school would not comment on the legal issues but supports all the families involved.

"We continue to commit ourselves to prayer for everyone whose lives were impacted by this tragic accident," said Jim Garringer, university spokesman. Whitney Cerak, the student mistaken for her friend Laura VanRyn has since returned to class.