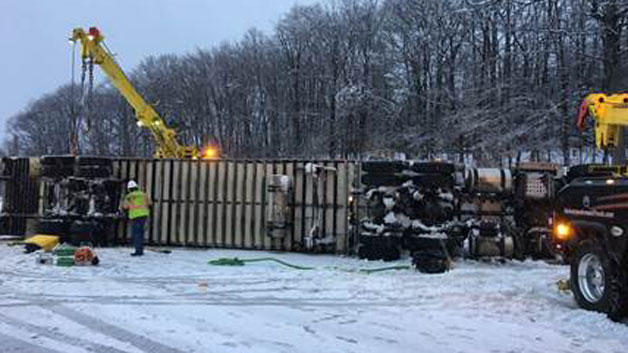 New Hampshire State Police said in a statement that Jose Fernandes, 34 of Chelsea, was driving north on Interstate 95 near Hampton, NH when he lost control of the truck in the snow

The trailer spun on the slippery road and caused the truck to roll over onto the highway. Police had to block the northbound side for three hours.

Fernandes was taken to Exeter Hospital where he was treated for what police called “non-life-threatening injuries.”