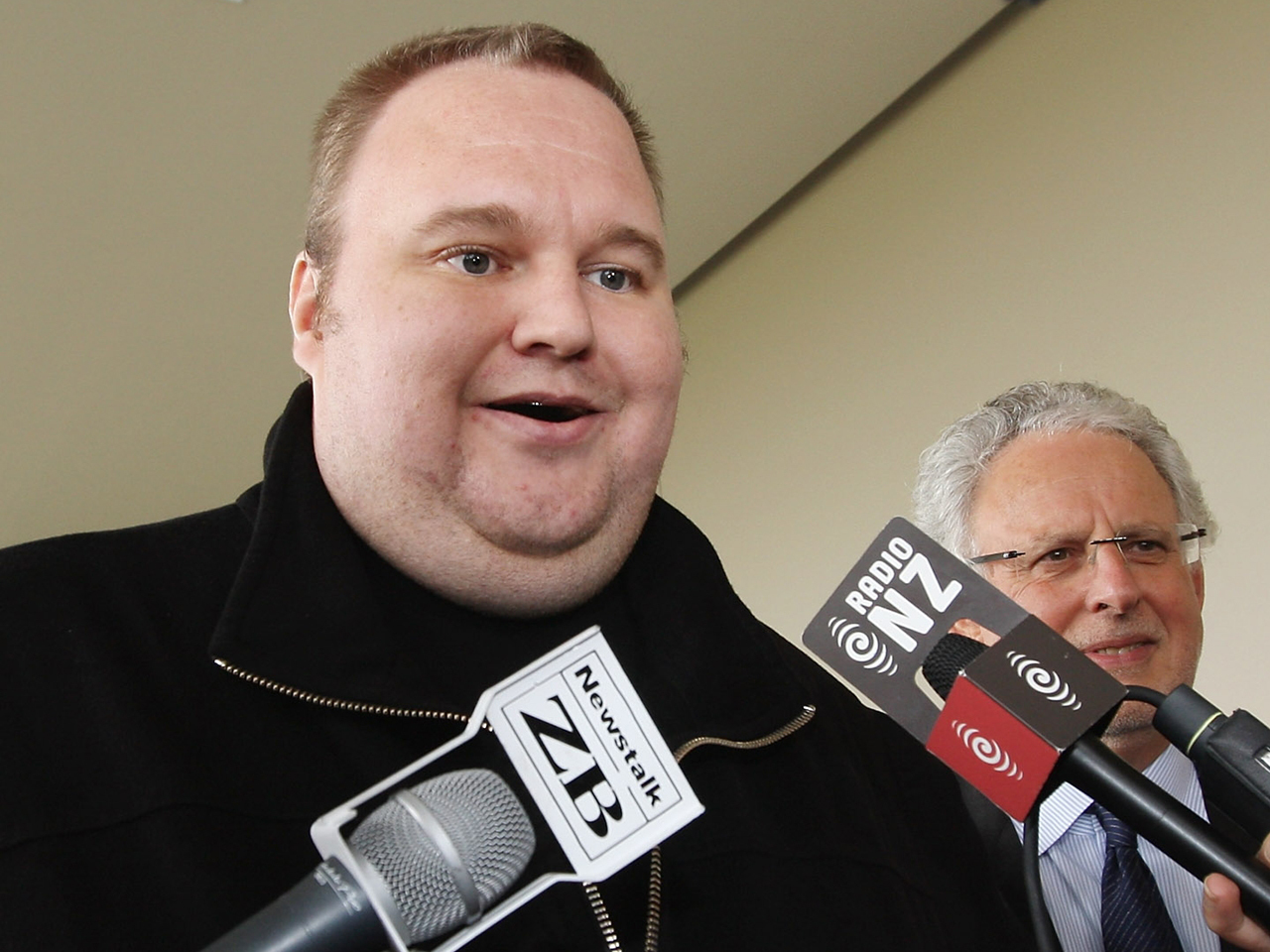 WELLINGTON, New Zealand - Indicted Internet entrepreneur Kim Dotcom has defeated efforts to send him back to a New Zealand jail but says his long-running legal battle has left him broke.

After a three-day hearing Monday, Auckland District Court Judge Nevin Dawson ruled there was no evidence Dotcom had secret assets or posed a flight risk, according to Fairfax Media.

U.S. and New Zealand prosecutors had sought to have Dotcom's bail revoked, arguing he might try to flee the country after earning tens of millions of dollars since his 2012 arrest.

Prosecutors said he should be sent to jail or required to wear an electronic monitoring device.

Dotcom is fighting attempts by U.S. prosecutors to extradite him on racketeering charges over his now-shuttered website Megaupload.

He told a conference last week he was broke.