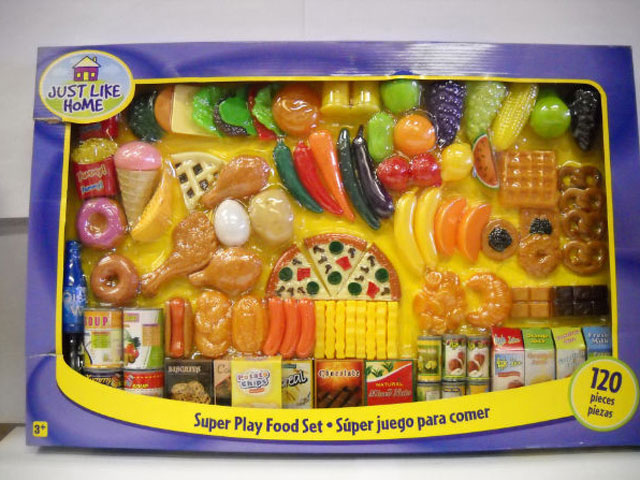 The 27th Annual "Trouble in Toyland" report has revealed that there are still toys on our shelves that may be hazardous to our children.

The report is put out each year by U.S. Public Interest Research Group (U.S. PIRG). The consumer watchdog tests toys for lead, cadmium and phthalates, materials which have been known to interfere with the development of young children. They also tested toys to see if they pose a choking hazard, may damage a child's hearing or may have magnetic parts that may pose serious injury risks.

"We should be able to trust that the toys we buy are safe. However, until that's the case, parents need to watch out for common hazards when shopping for toys," Nasima Hossain, Public Health Advocate for U.S. PIRG, said in a press release.

This year in particular, the group found that despite a ban on small parts in toys for children under three, many its tested still had parts that posed choking hazards. A choking hazard was determined by seeing if the toy or a removable piece of the toy could fit down a tube that was the approximate size of a fully-expanded throat of a child under 3. Special attention was paid to toys that looked like food, because children may be more likely to try and eat them.

Toys for very young children are also supposed to be under 80 decibels when placed at a reasonable distance from the child's ear. Toys that are supposed to be held to about 1 inch from the ear should only be 65 decibels or lower.

Small magnets have also been in the spotlight because they can rip through children's intestines if they are swallowed. Recently, Buckyballs -- the magnetic desk toy for adults -- was under scrutiny from the U.S. Consumer Products Safety Commission (CPSC), which filed a complaint in July to half their sales, citing injury reports in young children. While Buckyballs are no longer going to be manufactured, there are other magnetic toys that are directly marketed to children that may pose a risk.

"Although parents can shop and children can play with confidence this holiday season, we still need to continue to work together with consumers and industry to promote product safety," said CPSC Commissioner Robert Adler in a press release.