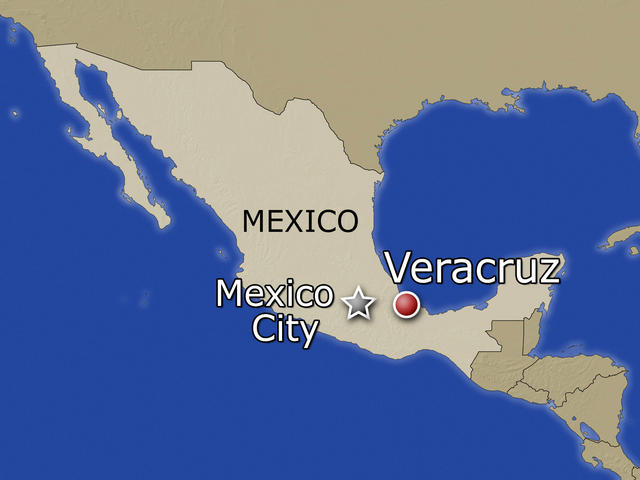 A landslide of rock and mud swept onto four homes in the village of Roca de Oro, which is part of the town of Yecuatla, killing nine people in their sleep before dawn Monday.

Duarte advised resident to continue to take precautionary measures since the tropical depression continued to cause rain.

"We will remain alert because of the rains" still falling, Duarte said

At least 10 towns were isolated because 16 landslides blocked roads throughout the state, civil protection authorities said in a statement. They said more than 400 people were in shelters set up by the government.

In the metropolitan area of Veracruz city and neighboring Boca del Rio, workers were restoring electricity to about 40 percent of the region's households.

The government of Veracruz state advised its 7.7 million residents to stay home, and suspended classes in the state to protect children from venturing out into winds and rain.

The system's maximum sustained winds late Monday afternoon had decreased to near 30 mph (45 kph), several hours after making landfall. Fernand was centered about 75 miles (125 kilometers) west-southwest of Tuxpan and moving to the west-northwest at about 9 mph (15 kph).