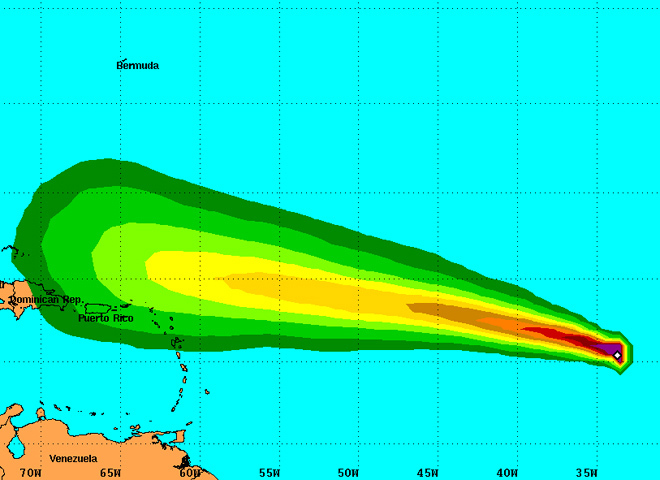 MIAMI Tropical Storm Dorian has gained some strength as it moves across the Atlantic, far from land.

Dorian is centered about 700 miles west of the Cape Verde Islands, off the coast of west Africa, and is moving west-northwest near 17 mph.

Currently, there are no land threats from the storm.

Meanwhile, Tropical Storm Flossie formed far out over the Pacific. Flossie's maximum sustained winds are near 40 mph, with slow strengthening expected over the next day or so. The storm is centered about 1,045 miles west-southwest of the southern tip of Mexico's Baja California and is moving west-northwest near 15 mph.