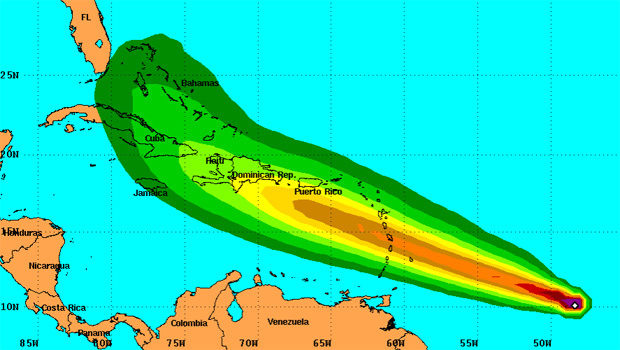 MIAMI Tropical Storm Chantal is racing toward the Lesser Antilles after forming in the Atlantic.

The storm's maximum sustained winds early Monday are near 40 mph with some strengthening expected over the next two days.

As of Monday afternoon Chantal was centered about 470 miles east-southeast of Barbados, moving west at 25 mph.

Meanwhile in the Pacific, Tropical Storm Erick is getting closer to the southern portion of Mexico's Baja California peninsula, where a tropical storm warning is in effect.

Erick's maximum sustained winds are about 45 mph, with gradual weakening expected to continue over the next two days.

In May the National Oceanic and Atmospheric Administration's Climate Prediction Center forecast "an active or extremely active" hurricane season this year, with a 70 percent likelihood of 13 to 20 named storms, of which three to six could be major hurricanes (Category 3, 4 or 5).