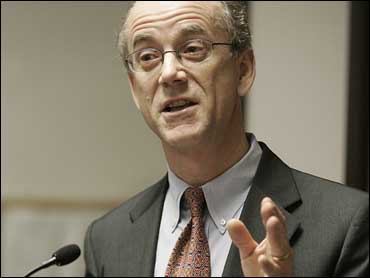 The Alaska lawmaker directing an abuse-of-power investigation of Gov. Sarah Palin promised Friday the probe will be finished before the election, despite refusals by key witnesses to testify, including the governor's husband.

After waiting 35 minutes for Todd Palin and two state administrative employees to appear under subpoena before the state Senate Judiciary Committee, Sen. Hollis French condemned their refusal to testify and the attorney general's broken promise that seven other witnesses would testify who were not subpoenaed.

French said the retired prosecutor hired by the Alaska Legislature to investigate Palin, Stephen Branchflower, will conclude his investigation by Oct. 10. Still, that report will not include testimony from the Republican vice presidential nominee, her husband or most of the top aides Branchflower hoped to interview.

Sarah Palin's allies hoped the investigation would be delayed past the election to spare her any troublesome revelations or at least the distraction before voters have made their choice. Palin's reputation as clean-government advocate who takes on entrenched interests is central to her appeal as Republican John McCain's running mate, and possibly at risk in the probe.

Palin initially promised to cooperate in the investigation, telling the Legislature to "hold me accountable." Lawmakers were investigating accusations she dismissed the state's public safety commissioner because he refused to fire her ex-brother-in-law, a state trooper. She now opposes the investigation.

Palin spokesman Bill McAllister declined to comment Friday. The McCain campaign said there are concerns about the effect of political influence on the Legislature's inquiry and Palin will provide any information needed to a separate investigation by the Alaska State Personnel Board.

The committee subpoenaed six people to appear Friday to testify or meet for private interviews with Branchflower. French said three of those six had complied. Todd Palin, special assistant Ivy Frye and Randy Ruaro, who is the governor's deputy chief of staff, did not.

Todd Palin's attorney sent French a letter Thursday listing Palin's objections to the Legislature's investigation of his wife. Among them, the attorney said, were jurisdiction questions, separation of power issues and an inconvenient travel schedule.

Subpoenas were approved on seven other government employees, but not served because the state attorney general's office had agreed to cooperate, French said. But Attorney General Talis Colberg earlier this week reversed himself, saying the governor declined to participate and that Palin administration employees would not appear.

French said subpoenas will be issued for those seven people, ordering them to testify on Sept. 26.

Witnesses who refuse to testify can be found in contempt under Alaska law. But the full Legislature must be in session, which won't happen until January. That means witnesses can stonewall without penalty beyond the Nov. 4 election, lawmakers said.

One of them, Sen. Gene Therriault, opposed the subpoenas. He said Friday the investigation was intended to uncover whether the governor was justified in firing Public Safety Commissioner Walt Monegan, and he believes she was.

Wooten had gone through a nasty divorce from Palin's sister before Palin became governor. Monegan has said no one from the administration ever told him directly to fire Wooten, but he said their repeated contacts made it clear they wanted Wooten gone.