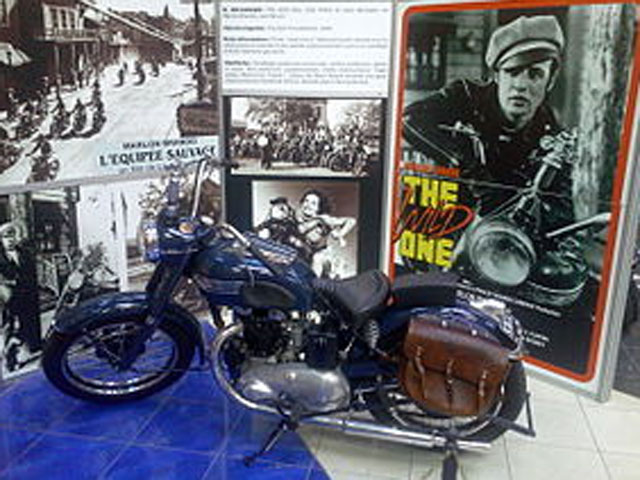 (CBS/AP) OMAHA, Neb. - Donald DeVault of Omaha reported that his Triumph Tiger 100 motorcycle had been stolen way back in February 1967..

Last week - 46 years later - he found out U.S. Customs agents had recovered his prized bike at the Port of Los Angeles, just before it was shipped to Japan.

The agents, who checked the vehicle identification number, noticed that the motorcycle - vintage 1953 - had been reported stolen lo those many years ago.

DeVault said he is eager to get the bike back, but he thinks investigators may be even more excited than him about the recovery. DeVault had the motorcycle for only a year or two when it was taken from his fenced backyard.

"I really want to protect it this time," DeVault said. "I'm sure there's people out there that would want to take it away."

DeVault recalls Marlon Brando riding a similar Triumph bike in the movie "The Wild One," and after that it seemed like everyone wanted to ride a motorcycle.

But DeVault said he was already riding motorcycles by the time the movie came out, and continued riding for much of his life.

A friend with a trucking company is helping DeVault arrange to ship the motorcycle home from California.

Once he gets it back in a couple weeks, DeVault plans to have someone restore the bike's name and paint "46 Years Later" on the gas tank.