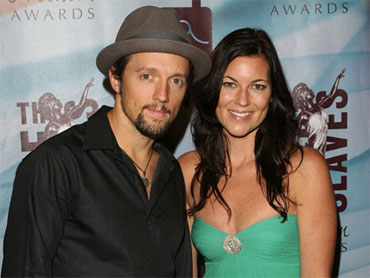 It's a musical match made in heaven for singers Tristan Prettyman, 28, and Jason Mraz, 33. On Dec. 23, the couple announced that he popped the question on Twitter.

"SHE SAID YES," tweeted the singer, who broke out in 2008 with the single, "I'm Yours," which had the longest run in the history of the Billboard Hot 100 chart, spending 71 weeks on the Billboard singles chart.