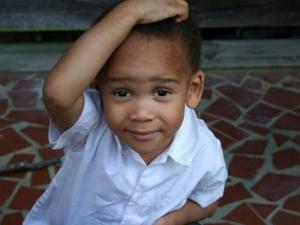 RALEIGH, N.C. - Raleigh police have called off the search for a missing toddler and have charged the child's father with murder.

Police launched a search for the child Wednesday afternoon when the toddler was reported missing. But the search of a neighborhood in southwest Raleigh was suspended at dusk on Wednesday.

Police, in a news release on Thursday, said detectives had determined there was probable cause to charge the child's father. Police have not located the missing child's body.

The child's mother, 25-year-old Briana Loriel Dangerfield, has been charged with child neglect. It was not immediately known if either Dangerfield or Steven Blue had attorneys.