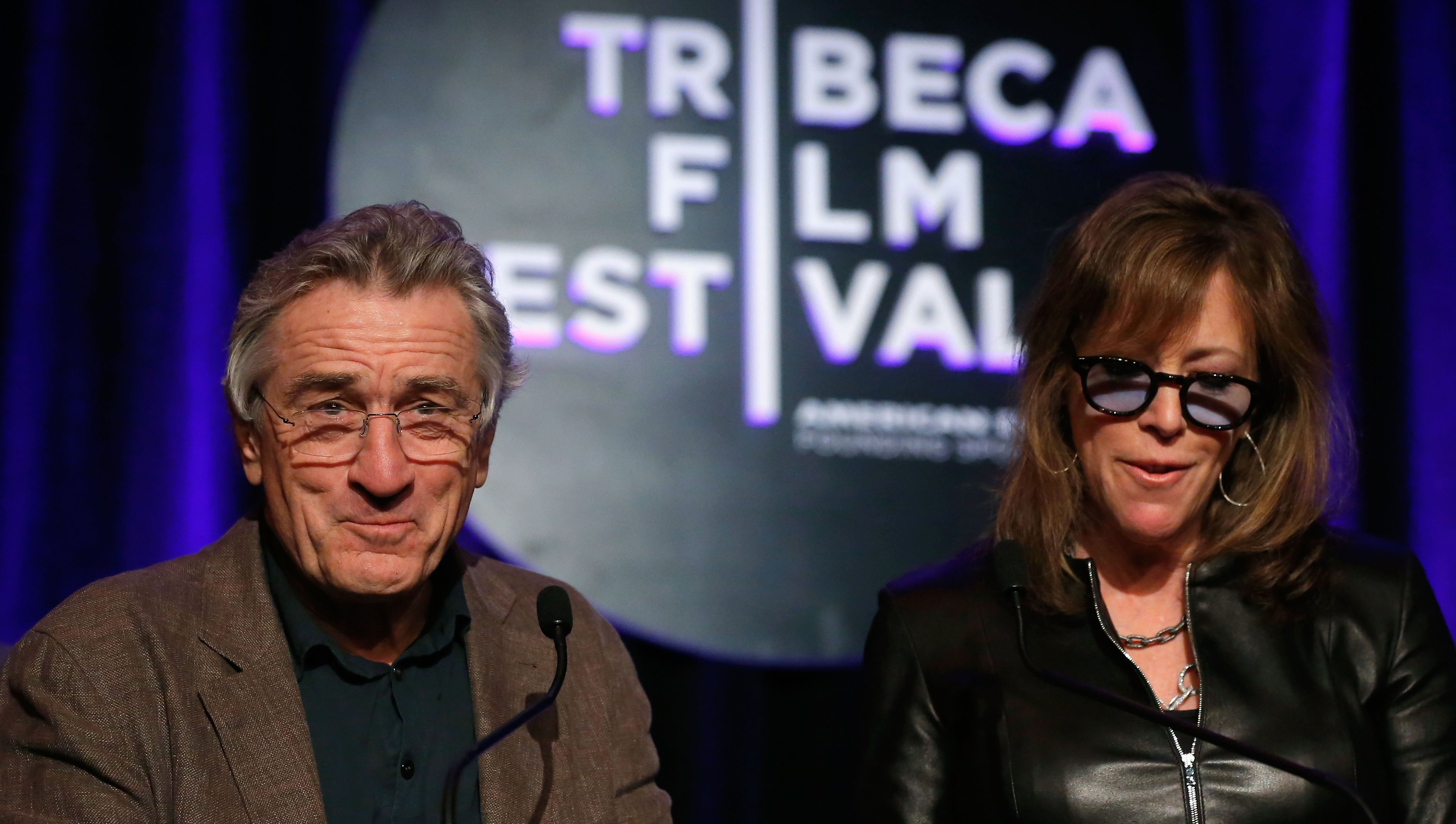 The Tribeca Film Festival is now a teenager. And like most teens, its eyes are on a lot of screens.

The 13th annual New York festival, which debuts Wednesday night, will present not just 80-plus feature films, but also an "Innovation Week" that seems designed to capture some of the tech energy of South by Southwest.

"Well, it's lasted all these years and that, we're very happy about," festival co-founder Robert De Niro told CBS News. "It's becoming part of the New York fabric and culture and will be, even more as the years go by, part of something that everybody looks forward to and participates in. It's great."

The festival will, for the second year, feature a category called Storyscapes, with transmedia exhibits that use multimedia techniques to tell stories. Video games, too, will be mixed in with the 11th annual Games for Change festival.

This year at Tribeca, which runs through April 27, movies are only part of the story.

"Our reality has changed," says Jane Rosenthal, who co-founded the festival with De Niro and Craig Hatkoff. "Ten years ago, there was no Twitter, no Facebook, no Google. You have to find different ways as an artist, as a filmmaker to collaborate and tell stories effectively."

Critics have often cited the sometimes less than world-class movie offerings at Tribeca, which takes place between the more sought-after Sundance and Cannes film festivals. And while Tribeca, which features trademark outdoor screenings dubbed "drive-ins," has had success with documentaries and sports films (it features an ESPN-sponsored sports movie festival), it has struggled to live up to its ambitions in a crowded festival calendar.

But if the quality of Tribeca's films has occasionally been in doubt, its spirit of progressiveness and inclusiveness is unquestioned.

A free day of movie-going on April 25 has been added to festival screenings, courtesy of sponsor AT&T. The festival is also selling tickets for its opening night at the Beacon Theatre for the first time. The Nas documentary, "Time Is Illmatic," will premiere, followed by a performance by the rapper.

The addition of other forms of media, though, is also a way to open doors to new audiences. Geoff Gilmore, chief creative officer of Tribeca Enterprises, says festivals need to adapt to increasingly tech-savvy moviegoers.

Innovation Week, which runs April 21-26, will kick off with a talk from Aaron Sorkin, author of "The Social Network," a not particularly positive old-media take on new media. The event will also include a four-day "hackathon" of workshops for interactive storytelling.

The technology push calls to mind SXSW, the annual conference in Austin, Texas, where the interactive festival has grown, along with the tech world, to arguably dwarf the film and music festivals. Is Tribeca looking to become an East Coast SXSW? Says Rosenthal: "I'm happy to be compared to having a little bit of South By. I think they do a great job."

Ingrid Kopp, director of digital initiatives at the nonprofit Tribeca Film Institute and programmer of the Storyscapes section, says Tribeca's increasing tech mindfulness is simply "being honest about how audience behavior is changing." One exhibit, "Use of Force Protocol," will feature virtual reality headsets.

"Even if people are a little confused or don't totally understand how these things all fit together, there's definitely now at least an acknowledgment that things are changing," says Kopp. "It's really important to look at what's happening and ask questions."

Tribeca is also adding financial muscle. Last month, Tribeca Enterprises sold a 50 percent stake to sports-and-entertainment company Madison Square Garden Co. Rosenthal says the move illustrates Tribeca's still-growing aspirations: "We're ambitious for what we do in New York, and how we can be the very best at what we do."

This year's slate is heavy on music-themed films. Alex Gibney's unfinished, untitled James Brown documentary will screen, as will the concert film "Bjork: Biophilia Live." The lineup includes documentaries on Alice Cooper ("Super Duper Alice Cooper"), the Grateful Dead's Bob Weir ("The Other One") and jazz trumpeter Clark Terry ("Keep on Keepin' On").

Tribeca closes with "Begin Again," a film about a music executive (Mark Ruffalo) and a young singer-songwriter (Keira Knightley) from director John Carney ("Once").

There are some notable films from earlier festivals making stops, including Roman Polanski's "Venus in Fur, Kelly Reichardt's "Night Moves" and Paul Haggis' "Third Person." Courteney Cox will make her directorial debut ("Just Before I Go"), and Joss Whedon will be on hand with a paranormal romance he wrote ("In Your Eyes").

Several big names will be profiled ("Regarding Susan Sontag," "The Improbable Journey of Barney Frank"), and other films will present behind-the-scenes looks at artistic endeavor ("Ballet 422," "NOW: In the Wings on a World Stage," "Dior and I").

But at the 13th annual Tribeca Film Festival, traditional definitions of art forms are very much in flux.