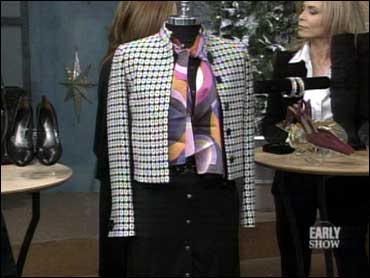 Travis Fryman and the Cleveland Indians got plenty of help from the Seattle Mariners on Sunday, not that they needed it.

Fryman homered, doubled and drove in four runs and the Indians took advantage of Seattle's sloppy fielding for a 10-4 victory.

Cleveland won for the ninth time in 11 games and moved one percentage point ahead of Oakland for the AL wild-card spot.

"I don't pay attention to who else is winning or losing," said Fryman, "but there are plenty of guys who can tell you all the stats. I'm just concerned with us playing well. If we take care of our own business maybe we can win this division."

"We've got something going right now, don't we?" Cleveland manager Charlie Manuel said. "The trouble is, we have 40-something games left. We've got a long ways to go."

The Mariners made four errors in a game for the first time since June 8, 1998. They began the day with a .986 fielding percentage, second only to Cleveland (.987) in the American League.

"(Cleveland) played well against us," said Mariners manager Lou Piniella. "They came in here hot and they showed us why. We played a little sloppy early, which is not a characteristic of our team. Our team has been good and solid on defense, but before you turned around we had four errors on the board."

Seattle made seven errors in the three-game series.

Fryman hit a two-out, two-run drive in the seventh inning off Jose Mesa for his 16th home run. It was the Indians' first homr since last Sunday, snapping their season-high 53-inning drought.

"It's hard to hit one out of this park," Fryman said. "You really have to hit it well. I thought Manny (Ramirez) hit one in the first, but it didn't make it out to center. I happened to get around on it and took it out to left."

Justin Speier (4-1) recorded the win with 2 1-3 innings of hitless relief. He walked three and struck out three.

Speier has yet to allow a run in the month of August, going 3-0 with just one hit allowed and nine strikeouts in seven innings.

"We needed to get off to a good start on this road trip," said Speier. "To come away with a series win after losing the first game to Seattle is big. We have a good thing going, and now we need to get ready for Oakland."

The Indians open a three-game series at Oakland on Monday night.

Cleveland scored once in the first without a hit. Kenny Lofton reached on an error by third baseman Carlos Guillen and Roberto Alomar walked.

Ramirez followed with a deep fly and that center fielder Al Martin caught at the wall, but his throw eluded shortstop Alex Rodriguez and second baseman Mark McLemore. Lofton scored from second on the throwing error.

Joe Oliver hit a solo homer in the Seattle third off Steve Woodard, and the Mariners added another run in the inning when Martin tripled and Edgar Martinez singled. Martinez leads the majors with 112 RBIs.

Seattle's lead didn't last long as Garcia allowed three singles to open the fourth, including an RBI single by Fryman that made it 2-all.

The Indians went on to load the bases on a throwing error by Garcia, and regained the lead as Wil Cordero came home on a double-play grounder by Sandy Alomar Jr.

Cleveland continued to build its lead in unconventional ways in the fifth. Omar Vizquel bunted for a single and reached second fter Guillen threw wide of first for his second error of the game.

Vizquel went to third on a wild pitch from Garcia and scored on a balk. Cordero hit a two-run double for a 6-2 lead.

"When you don't make good pitches, they will make you pay for it," said Garcia.

Cordero and Fryman hit RBI doubles in the ninth.

Seattle chased Woodard in the fifth. With one out, Rickey Henderson doubled, Martin singled and Rodriguez hit a two-run double.