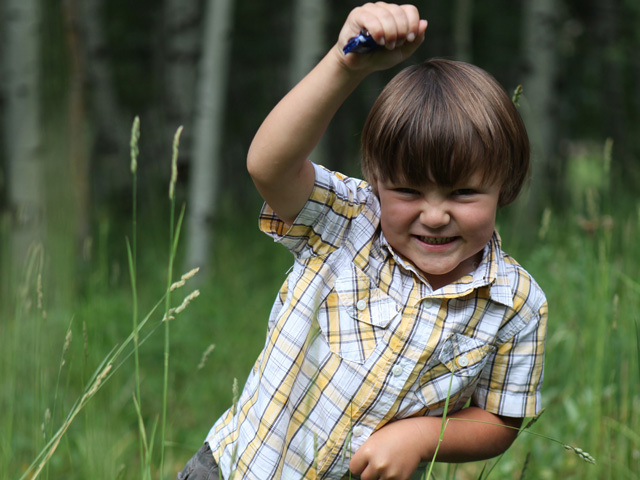 PARK CITY, Utah -- A 4-year-old Utah boy crushed by a tombstone while taking pictures with his family died after shoddy maintenance left the historic headstone weak and dangerous, lawyers for the child's parent said Tuesday as a trial opened in a lawsuit filed over the child's death.

The cemetery association welcomed visitors to the historic Park City, Utah, graveyard where Carson Dean Cheney died, without warning anyone that headstones had fallen in the past, attorney Ron Kramer said.

But lawyers for the Glenwood Cemetery Association say that the cemetery was well-maintained and frequently inspected by volunteers. They say the headstone appeared solid before the child started playing on it on July 5, 2012.

The Lehi boy was visiting the area with his family so his father could take pictures of friends who were having a family reunion, Kramer said. They were staying at a nearby resort in the ski town, but decided to take the short walk to the picturesque outdoor spot during a brief break in the weather.

As the photo shoot went on, the children in front of the camera grew restless. At his mother's encouragement to help, Carson put his hands on the headstone so he could pop up behind and make the other kids laugh by pretending to be a leprechaun, Kramer said. Instead, the six-foot stone weighing more than 250 pounds fell on him, crushing him between it and a foot-stone in the ground and killing him, he said.

It took three men to pull the slab off the boy who suffered injuries to his head, chest and abdomen and was taken to the nearby Park City Medical Center, where he died a short time later.

The child's parents "didn't even know Carson was behind the headstone until it was too late," said Kramer, who set up a gray foam replica of the four-foot headstone topped with a star shape and a cross in the courtroom Tuesday.

Friends who were in the photos testified that Carson was staying close by, and Kramer said the parents would have cautioned their son to stay away if they had known the stone could fall.

The cemetery was created in 1885 for silver miners and their families. But as the industry faded in the area, the cemetery fell into disrepair. It was restored by the association formed in 1982 and welcomed the public, including school groups that did rubbings on gravestones, Kramer said.

The headstone that fell on Carson was erected for a man named Michael Horan who died in 1889. The family says steel dowels that held the stone to its base rusted out over the years and were replaced, and it was repaired with construction adhesive that eventually wore out. They are seeking more than $300,000 in damages during the trial expected to last four days.

The association denies fixing the stone. Attorney Paul Belnap said the Horan family and volunteers had been making regular inspections of the cemetery in the months before the boy's death as recently as two days before, and no one found any outward problems with the stone until the boy started playing on it a couple days later.

The cemetery was closed for six weeks after the boy's death, and when it reopened, the association posted signs inside asking people not to touch the headstones and to stay on footpaths

There have been other cases of injuries and deaths from a falling tombstone in recent years.

In June 2012, the month before Carson's death, a 4-year-old North Carolina girl was killed when a massive cross fell off a tombstone as she played before Bible study class. The following year, a cemetery worker in Texas died after a tombstone weighing about a ton fell on him in Edinburg. In September 2014, a 4-year-old child suffered a serious head injury when a tombstone fell on him in the Albany, New York, area.