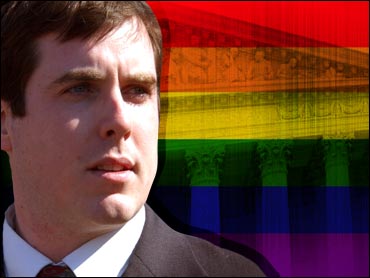 West's gesture, which state officials say defied state law, came amid a flurry of efforts in various states to enact gay weddings after San Francisco Mayor Gavin Newsom allowed gay couples there to wed in February 2004. Those efforts have largely been put on hold by the courts.

The state Court of Appeals on Friday refused West's request to hear arguments on gay marriage first, avoiding the usual process of having his case tried locally and then appealed. West had argued that the high court should take up the issue now because the case was unique, novel and critical to the state.

Assistant District Attorney Joan Lamb said she argued that other cases brought by gay couples are already wending through the court system, and those couples have better legal status to contest the law because it affects their own rights, while West was acting as a public official.

"The mayor will stand trial on the charges," she said.

West, however, continues to have a motion pending to dismiss the charges "in the interest of justice."

West has maintained he was upholding the gay couples' constitutional rights to equal protection — and thus his oath of office — by allowing them to wed in the Hudson Valley college town in late February 2004.