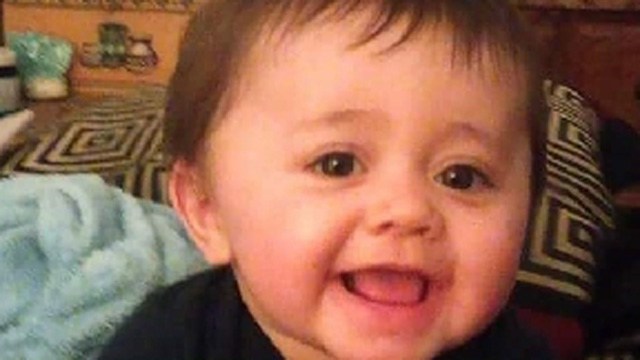 MIDDLETOWN, Conn. -- A man accused of throwing his 7-month-old son to death from a bridge jumped into the Connecticut River himself after police shouted for him to stop, an officer testified Friday.

The defendant, Tony Moreno, has pleaded innocent to charges of murder and risk of injury to a child.

Moreno was involved in a custody dispute with the boy’s mother when he sent her angry text messages on the night on July 5, 2015, including one that said, “Enjoy your new life without us. He’s dead.” Aaden Moreno’s body was recovered from the river two days later.

Moreno’s lawyer, Norm Pattis, does not dispute his client’s role in the boy’s death but has said he plans to seek reduced charges of first- or second-degree manslaughter, The Middletown Press reported.

The Middletown police officer, Austin Smith, went to the Arrigoni Bridge after Tony Moreno’s mother alerted police that he was distressed. Jurors on Friday heard a 911 call in which Denise Moreno told dispatchers her son said he was going to jump from the bridge and that he was with his son.

Smith said he arrived at the scene around the same time as Moreno’s mother and brother. Smith testified that he shouted “Tony, stop!” before Moreno climbed over a railing and jumped to the river 90 feet below. He said there was an empty stroller but the infant could not be found, despite searches for the boy.

A judge ruled earlier this week that a confession Moreno gave to police when he was in the hospital recovering from injuries suffered in his jump can be used as evidence in the trial.

The baby’s mother, Adrianne Oyola, is expected to testify during the trial.