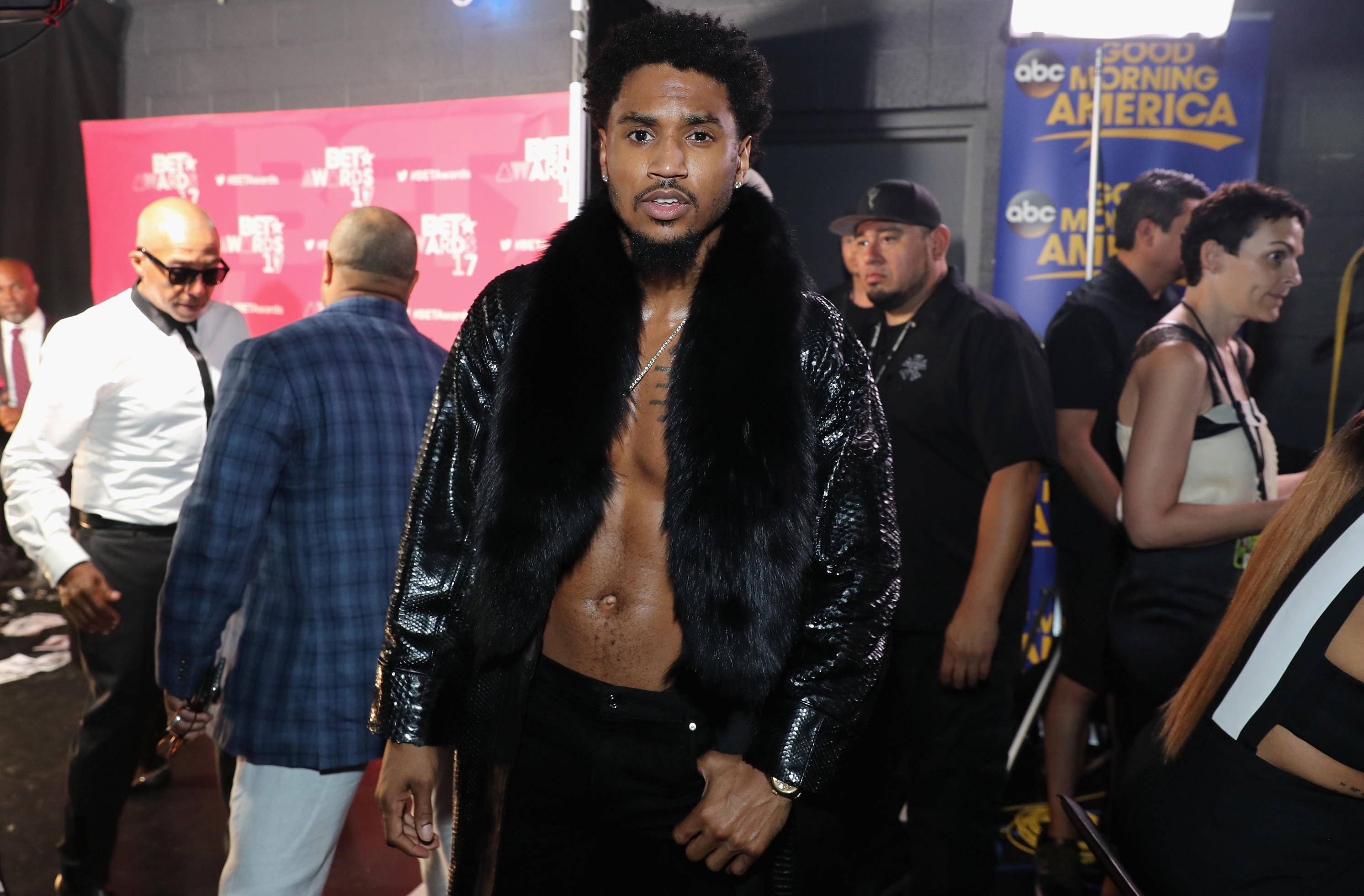 LOS ANGELES — Police say R&B singer Trey Songz has been arrested on suspicion of punching a woman at a Los Angeles party, though the musician is denying the allegation. Officer Drake Madison says Songz, whose real name is Tremaine Neverson, turned himself in at a Hollywood police station Monday. He's accused of felony domestic violence.

Jail records show the 33-year-old was released about two hours later on $50,000 bail.

Andrea Buera told reporters last week that she was the woman Songz had assaulted. Buera said he punched her repeatedly because he was upset she was talking to another man at a party Feb. 18. She said Songz gave her a concussion, reports CBS Los Angeles. With her attorney Lisa Bloom at her side, Buera described how Songz allegedly beat her for talking to one his friends during this year's NBA All-Star weekend.

"I was crying, terrified, in shock," Buera told reporters. "I was attending an after-party, when Trey began yelling at me, choking me, punching me, and ultimately he knocked me to the ground."

"I had to go to the hospital because he hit me so hard that I had a concussion," Buera continued. She said that the following day, she had dark bruises on her body, face and neck. Buera and Bloom showed photos of the bruises during the conference.

The singer tweeted Monday that he was being falsely accused for someone else's personal gain. He also thanked his fans for their "prayers and support."

His attorney, Shawn Chapman Holley, accompanied him when he surrendered. Asked for comment, she replied that "Trey's tweet this morning sums it up."

Songz was arrested in December 2016 for throwing microphones and speakers from the stage during a performance at Joe Louis Arena in Detroit. A police spokesman said Songz became "upset and belligerent" after he was told he had to end his concert and leave the stage at 11:30 p.m. A police sergeant was struck in the head by an object tossed from the stage.