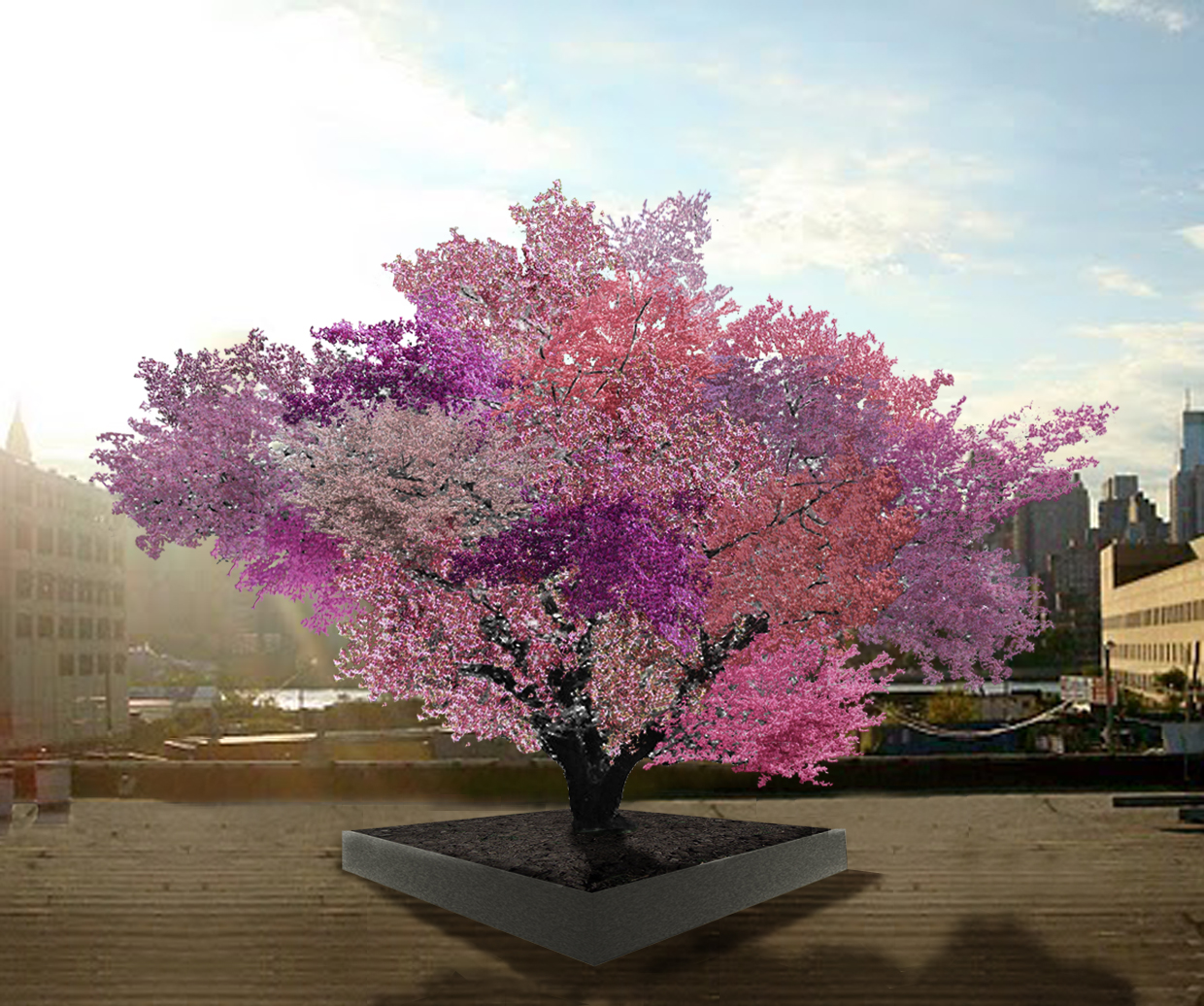 Syracuse University Professor Sam Van Aken is the proud father of a single tree that grows 40 types of fruit. The artist's rendering of his creation is getting attention worldwide, CBS News correspondent Jeff Glor reports.

"It's flattering. It's amazing. But yeah, it's overwhelming," Van Aken said.

The art professor grew up on a farm in Pennsylvania. A few years ago, he learned New York's agricultural experiment station -- a 125-year-old institution that preserves and produces fruit -- was going to rip up its stone fruit orchards.

So he set out to find a permanent home for seeds that trace back thousands of years.

"When I started, it was a matter of essentially collapsing an entire orchard down onto one tree. That was the practical application for it."

The result is not an entire orchard in one, but "a couple orchards in one."

The tree contains 40 varieties of peaches, apricots, cherries, nectarines and European plums that date back to the 17th and 18th century.

Growing multiple stone fruits, like peaches or plums, on one tree is possible because what Van Aken does, perhaps better than anybody, is graft.

In essence, he tricks a tree into adopting a new limb, or in this case, dozens of them.

The Tree of 40 Fruit has been growing for nine years. Fourteen are installed around the country, most in public places, like Van Aken's at the center of the Syracuse campus -- alive and edible.

The professor says his project has grown beyond expectation.

"There's a pastor in Norfolk, Virginia that did a sermon," he said. "And a big part of the sermon was using The Tree of 40 Fruit as a symbol. And to me, that was amazing that it reached that far."

Van Aken acknowledges the biblical implications of his tree.

"I mean, the tree of life; it's the beginning of a story," he said.

But if nothing else, the tree is pretty fascinating food for thought.

"I saw somewhere on a website where somebody said that the Tree of 40 Fruit will end world hunger," he said. "And it's like, 'No, it won't. Not at all.' But what it can do is, I like to think, that it can lead to that type of thinking."

Can the U.S. beat the Netherlands?