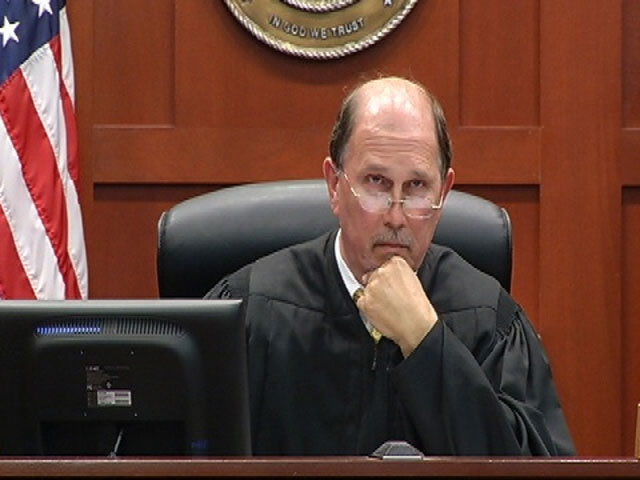 (CBS/AP) SANFORD, Fla. (AP) - The judge presiding over the case of George Zimmerman, the neighborhood watch volunteer charged with killing 17-year-old Trayvon Martin, says he is staying on the case despite a defense motion to disqualify him.

In a Wednesday ruling, Circuit Judge Kenneth Lester denied a motion by George Zimmerman's defense attorney to disqualify himself because of disparaging remarks he made during a bond hearing.

Zimmerman's attorney, Mark O'Mara, filed the motion after the July 5 bond hearing during which Lester questioned Zimmerman's honesty and suggested he plotted to leave the country. Lester had revoked a bond set in April after jail phone calls between Zimmerman and his wife, Shellie, revealed that the couple appeared to have attempted to hide the fact that they received many thousands of dollars through a website set up to collect donations for Zimmerman's defense.

Shellie Zimmerman has since been charged with one count of perjury. She has pleaded not guilty.

Zimmerman is accused of fatally shooting Trayvon Martin in a Sanford neighborhood in February.

Lester referred to Zimmerman with words like "conceal' and "flee" more than a dozen times in an eight-page order that would let him out on bond while he awaits his second-degree murder trial.

Zimmerman is currently staying in an unknown location.