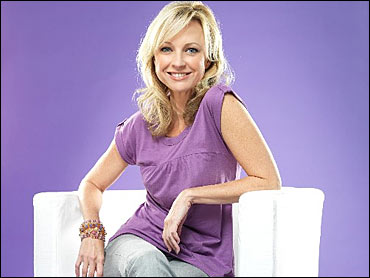 It's said that one man's trash is another's treasure.

And that's right-on in the world or collectibles.

All that stuff cluttering up your closets, attic, and garage -- those little knick-knacks, such as old dolls, baseball cards, comic books or action figures, might be more than just junk.

On The Early Show Saturday Edition, Reyne Haines, a professional appraiser, had tips to help you determine whether all that stuff is trash, or treasure. And she went into detail on numerous types of items:

The 1959 original recently sold for a fortune Aside from the originals, Mattel says the big bucks dollars are also paid for any of the Barbies with bubble cut hair. Also look for red haired and iconic Barbies, such as the Malibu Barbie.

Any action figure in the original box is worth more than loose ones. And the value can go up or down based on condition, whether the joints (arms/legs) are still tight, and age.
But the real value is in their stories -- for instance -- is it going to be made into a movie?

As for how old it has to be before it goes up in value, usually 20-25 years after it was released, reason being, that's when the eight-year olds who were playing with it are old enough to have disposable income and want to re-buy the toys they grew up with! A good example: Star Trek: had no value during the 1974-77 release, but now those kids want them back, and they aren't made any more.

Like action figures, the real value in comic books is in the stories. If a character is killed off, or comes back tens years later, or is made into movie, the value shoots up. But, like the action figures, condition does matter. They should be clean, un-wrinkled or torn, etc. Many of the comics start going up in value during the same 20-25 year timeline.

Again, it's all about the players. You might find a shoe box full of old Topps bubble gum cards, but unless the players became big, the value will be somewhat low. You can get the value of any of the cards online. But if it turns out to be a valuable card, it would be worth the ten bucks or so it will cost to have it appraised for condition at a reputable re-seller.

How can you find out if your items are collectible?

Do a keyword search on Google, or on eBay.

On Google, you can find online collectors' clubs, which are great sources of information.

eBay can help narrow down whether your items are common -- whether there are many of the same thing currently up for sale, or if they're hard to come by or there are only a few or none.

Collectors' guides at your local bookstore, many of which list approximate values, are also helpful.

How would you determine your item's worth?

Visit a local bookstore or library. There are numerous books on collecting that can help you learn more about your item's current market value.

eBay may show what people are bidding for the same item, or similar items.

The dolls collectors would be most excited to find in someone's attic:

An original #1 1959 Barbie doll is especially valuable if it's a brunette version, as there was only one brunette doll produced for every two blonde dolls. Hence, they're rarer!

A red-haired doll from 1961 (this was the first year a red hair color was introduced in addition to the existing brunette and blonde styles) - in the 60s this was called "Titian": Value ranges from $100 - $500

Iconic Barbie dolls (for example, Malibu Barbie, Superstar Barbie and Barbie & the Rockers) often resell for high auction prices due to their popularity

For early year dolls (1959/60s), look for a "Genuine Barbie by Mattel" label attached to Barbie doll's wrist - this label tells you that each Barbie outfit is the genuine article

(1) Think about the things that you love and make then the theme of your collection. Or try several themes! For example (pop culture, designer or vintage
(2) Go Shopping: Grab a friend and find fabulous Barbie Collector dolls together
(3) Have fun: Learn more, see photos of the dolls and meet other collectors just like you at BarbieCollector.com

Amazing Adventures #11 1970's two copies of this; one in excellent shape and one kinda hurt, to demonstrate what we mean when talk about condition. A lasting transformation of the Beast, a major X-Men character. $200/$50

X-Men #137 1970's Death of Phoenix, major event, price spike from the issues immediately before and after $75

Jonah Hex #1 1970's first issue of his own title; movie deal just announced demonstrates how current events can change price or velocity of an older book $150

Dark Mansion of Forbidden Love #1 1970's great painted cover with oddball appeal; surprising that it's $250, nobody took care of these