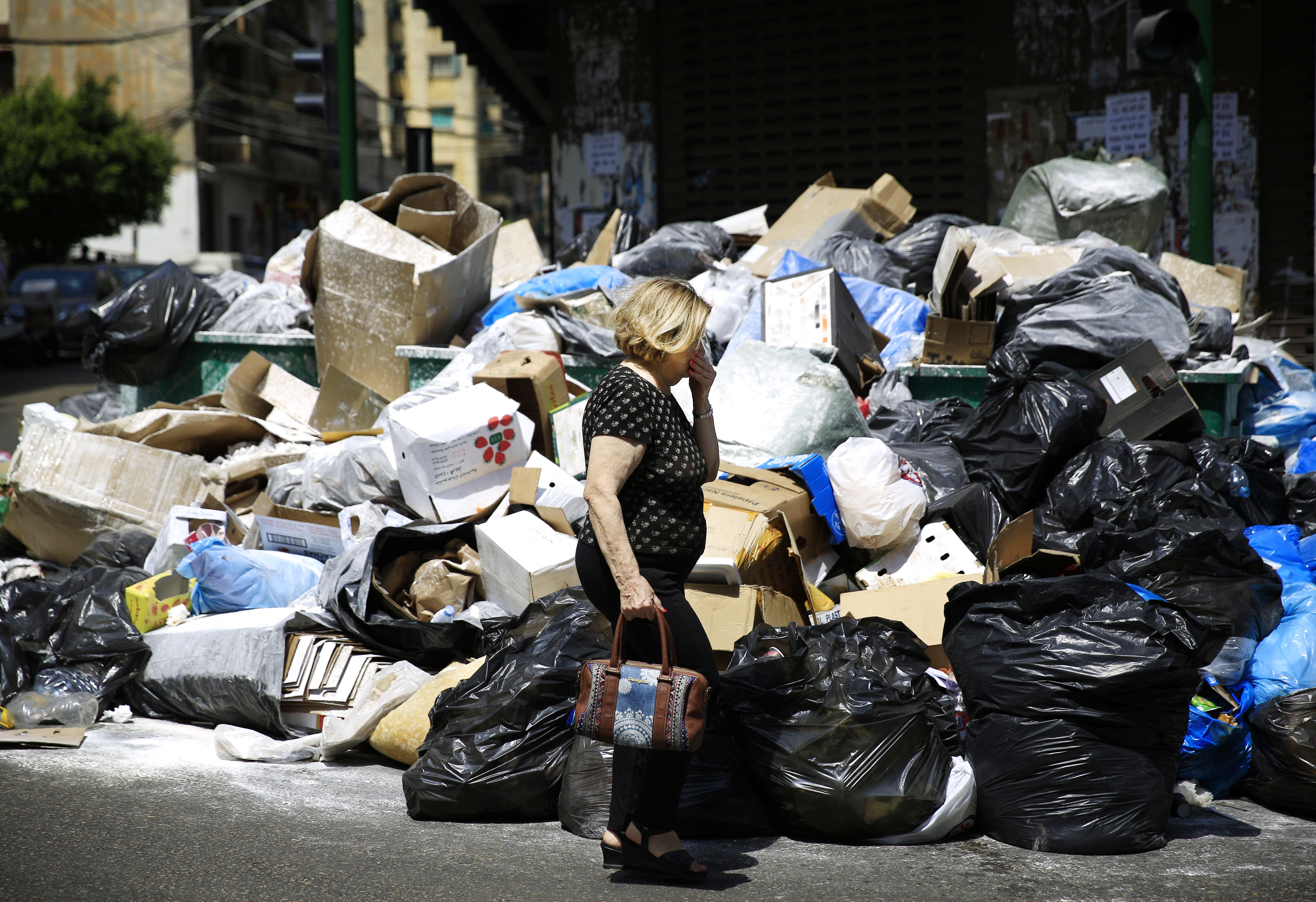 BEIRUT -- Garbage is piling up on the streets of Beirut amid a growing dispute over tiny Lebanon's largest trash dump.

The main company in charge of picking up the trash, Sukleen, has its workers sweeping Beirut's streets, though not picking up any of the garbage. Its spokesman said Tuesday the company can't take any more waste to the Naameh landfill, just south of Beirut.

Naameh has been functioning since 1997, but it was scheduled to close July 17. Since then, residents of Naameh and nearby villages have prevented trucks from reaching it to unload trash.

Lebanon's notoriously gridlock government has yet to take any action on the issue. Meanwhile, the trash pile grows as workers spray them with white powder to knock back the smell and spread of pests.