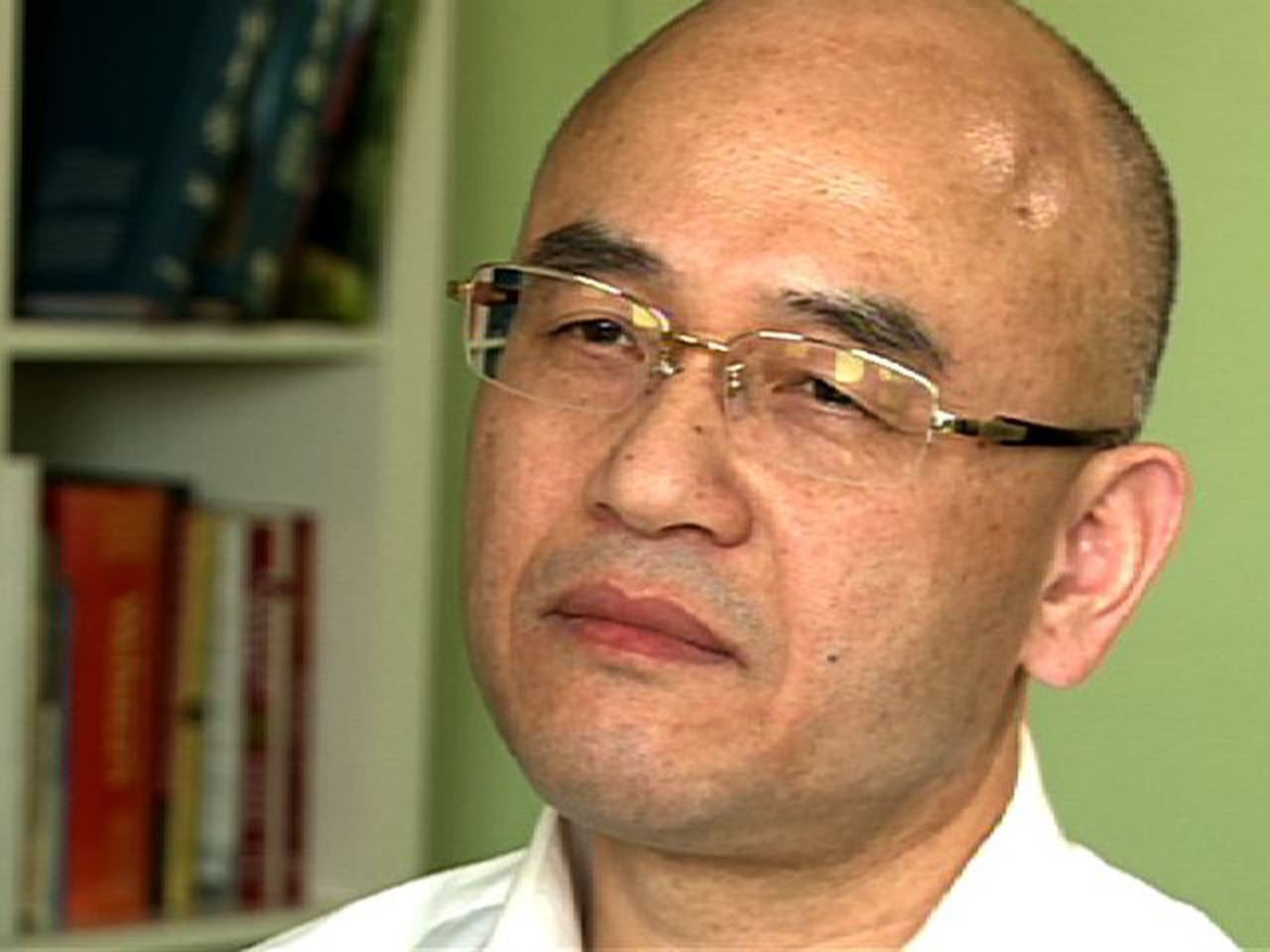 (CBS News) An American engineer goes on trial in China this week.

Dr. Zhicheng Hu, who was born in China, was accused of stealing trade secrets in 2008. CBS News correspondent Celia Hatton sat down with Hu for one of his first television interviews.

When President Obama met Chinese Vice President Xi Jinping last month, he asked Xi to help settle the murky legal case of one American who is trapped in China.

"If there is a hell on Earth, that's my impression of it. We were confined to a small room, maybe average less than 1 square meter per person. For 24 hours a day, 7 days a week in that place," Hu said.

After 17 months, a judge authorized Hu's prison release. But every time Hu tried to fly home, police stopped him. There was no explanation. He still faced no new charges.

"I have my family back in America, so today, or the past three years, four years, every day, my mind is on the top priority to go home," Hu said.

So Hu applied to lift his travel ban. A new trade secrets case was filed against him with vague charges that continue to change. He believes the court favors his accuser Dou Shuhua, a powerful businessman. It is impossible to know - all decisions are made behind closed doors without a chance for Hu's lawyers to present his case or any records made available to the public.

As the case drags on, Hu's 19-year-old daughter Victoria, at college in Berkeley, has tired of waiting for the Obama Administration to help.

"I think a lot of people assume if you're American you have some sort of international diplomatic immunity. I think my dad was just too confident about this," Victoria said.

Victoria has launched an online petition attracting more than 57,000 signatures calling for her father's return. Each supporter's plea goes directly to Communist officials overseeing the courts.

The outcome of Victoria's petition and the President's request will be seen when Hu's trial begins on Tuesday-his first formal hearing in four very long years.