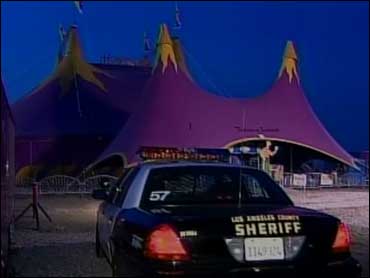 A circus trapeze artist working without a net fell 40 feet to his death during a performance, authorities said.

He was performing with Circo Hermanos Vazquez (Vazquez Brothers Circus.) The troupe had traveled from Mexico for the show at the Whittier Narrows Recreation Area, Gonzalez said.

County firefighters happened to be at the show to monitor the act following Valenzuela's, which involved fire, Gonzalez said.

The firefighters tried to help Valenzuela, but he died at the scene, she said. The sheriff's department was investigating.

"This is a tragedy for the whole circus family," Circus Vazquez's general manager told a camera crew at the scene.

He said the trapeze artist had been with the circus for four years.