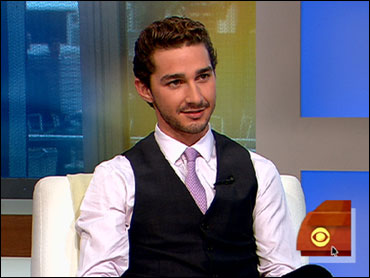 Hollywood is trying to blow up parts of the Midwest - on purpose.

Over the last two weeks, the filmmaking team behind the blockbuster "Transformers" franchise, including Michael Bay and Steven Speilberg, has brought some movie magic to areas in and around Chicago and Milwaukee.

Die-hard fans showed up to the local sets in the hopes of getting a sneak peek of what to expect in the third and final installment in the popular trilogy, due out in 2011. Film star Shia LaBeouf was also spotted by CBS affiliate WDJT while shooting at the Milwaukee Art Museum, one of that city's most popular tourist attractions, near Lake Michigan. The Museum should receive even greater attention from the public when the film is released.

LaBeouf's leading lady in the last two films, Megan Fox, was nowhere to be found as she will not reprise her role this time around.

But fans will get to see Shia's new love interest, who will be played by English model Rosie Huntington-Whiteley, when "Transformers 3" hits theaters next summer.

Watch more of the on-location shooting of "Tranformers 3" below: