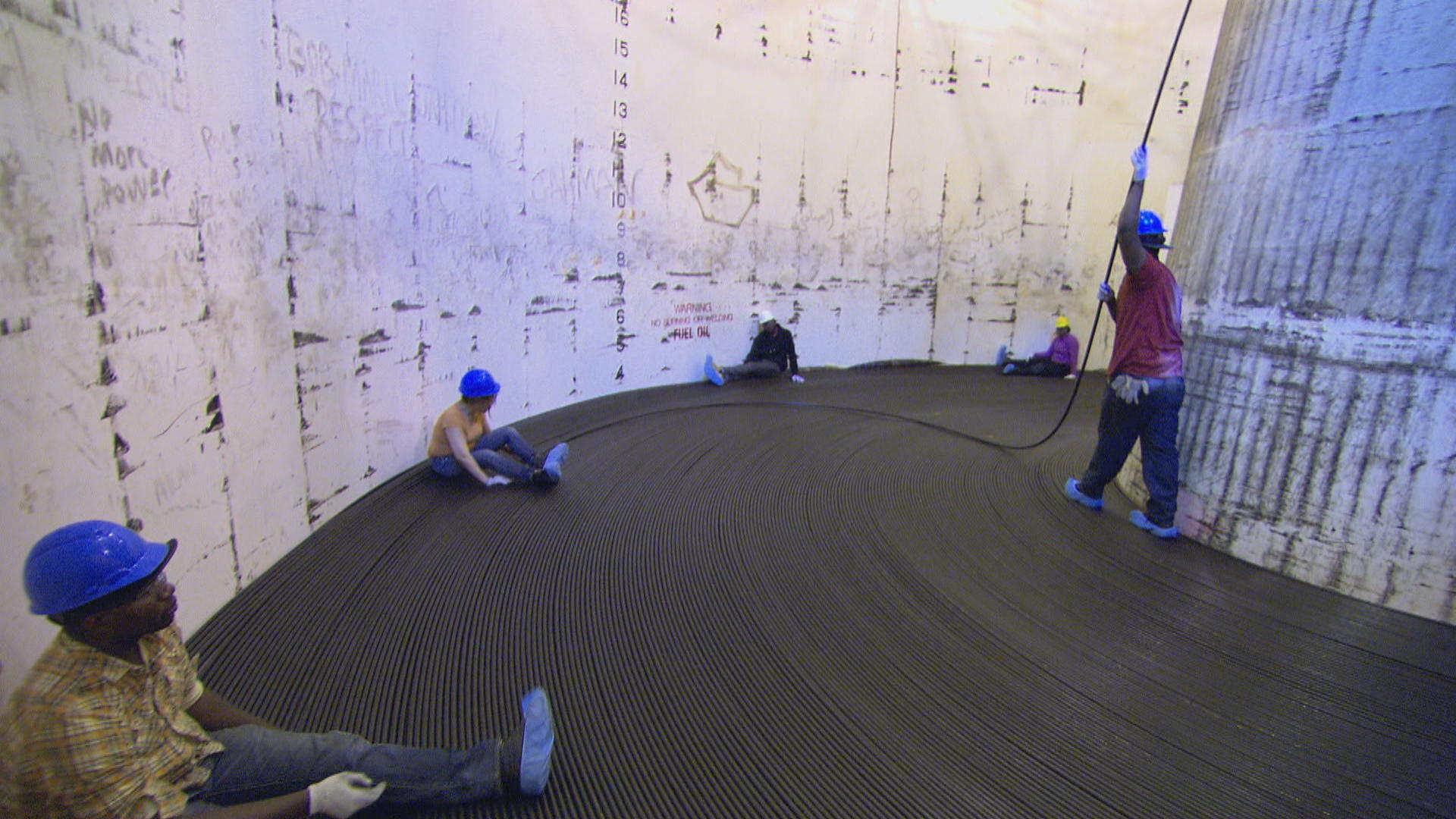 If you’ve ever placed a telephone call to another continent, sent an email to someone overseas or browsed a foreign website, you’ll want to dial up some gratitude for a momentous anniversary.

It’s been exactly 150 years since the first trans-Atlantic cable began ushering in global communications. And now, in another milestone, tech giants are hanging up on traditional companies to phone in their own revolution under the sea, reports CBS News correspondent Mark Albert.

When you pick up the phone to reach out and touch someone across the oceans, it’s only possible because of ships like the Global Sentinel.

“This is cable tank number one,” said Jeff Sanders, a captain at TE Connectivity SubCom.

“This is huge. And what am I standing on?” Albert asked.

This is how worldwide communications begins. TE Connectivity SubCom calls itself the world’s largest provider of under-ocean fiber optic cable.

“They’re coiling it the same way they did in the 1800s,” Sanders said.

The captain gave CBS News a rare view of more than 900 miles of cable spooled tightly by hand in one of three side-by-side tanks aboard the ship anchored in the Port of Newington in New Hampshire.

“So the cable we’re walking on right now will be under the ocean carrying my phone calls?” Albert asked.

“Yes, it will. It’s a good chance any call you make to South America in the future could be on this exact cable for the next 20, 25 years,” Sanders said. “Cable comes right off into the ocean from here.”

Robots take over from there, diving to a depth too deep for humans. The machines use water jets to create a trench, allowing the cable to sink into the seabed and become buried.

“Ninety-five percent of all telephone and data is transferred over submarine cables,” Sanders said. “Not satellite.”

It’s what allows us to rely on instant everything – phone calls, banking, web surfing, email, streaming video and other communication. And it all began 150 years ago.

Barney Finn at the Smithsonian’s National Museum of American History helped string together an exhibit commemorating the 150th anniversary to the first permanent trans-Atlantic cable and the man who assembled the financial, political and technical prowess to make it happen – entrepreneur Cyrus Field.

“We have here samples of the early cables from the 1850s,” Finn said.

“This is what the first permanent cable looked like under the Atlantic?” Albert asked.

Some of the items have not been on display in more than a century.

“And this indeed is the trace, the cable going across the Atlantic,” Finn said.

Laid in rough seas, the first few copper cables broke or burnt out. When it finally worked – after a decade of failure – Field wrote to his wife on July 27, 1866: “All well. Thank God.”

“If I was living in 1866 and I wanted to send a message to a relative in Ireland or in England, it would take 10 days by ship to get there, however long to write the message, and 10 days to get back. With this cable now, it was what, minutes?” Albert asked.

“It sounds like this was the original Information Age,” Albert said.

For the next 90 years, the cable handled messages by Morse code, before telephone cables arrived. Today, a maze of fiber optic cables crisscross the oceans and the U.S.

“What is the main challenge of moving vast amounts of data?” Albert asked.

“Capacity,” said Mike Murphy, who co-founded the Boston-based telecom consultancy NEF. He said the explosion of data use around the world is leading to innovative partnerships like Facebook and Microsoft, which have teamed up to build a blazing-fast 160-terabyte-per-second cable from Virginia to Spain.

“What does this mean for families sitting at home logging into the internet?” Albert asked.

“Better, faster service. So today we live in a world of instant gratification,” Murphy said. “So if you are standing in the grocery store and you want to see what’s in your refrigerator to finish your shopping, you can actually access a camera inside your refrigerator. Think about driverless cars, and think about the amount of data that’s required.”

“It sounds like what you’re saying is these companies building these new trans-Atlantic cables, they’re not going on offense. They’re on defense trying to keep up with all the growing traffic,” Albert said.

“For sure,” Murphy said.

“We can transmit the entire contents of the Library of Congress across the Atlantic Ocean in two seconds,” said TE SubCom Vice President Jon Dufour.

At the TE SubCom plant in New Hampshire, the company uses colored glass strands of fiber to create the cables for those over-the-top providers like Google, Facebook and Microsoft, Dufour said.

“Look at how thin these fibers are. This is like a hair!” Albert said.

“These are the size of a strand of human hair, but about a thousand times stronger,” Dufour said.

And demand is just as strong.

The cable highway runs to the Global Sentinel ship 24 hours a day until fully loaded. Once installed in the dark depths of the ocean, it’ll be a highway of fiber optic light.

“It’s connecting the world and connecting families, and it’s a mission that we enjoy doing,” Sanders said.